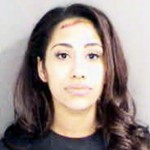 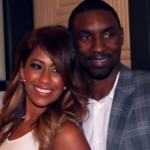 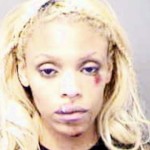 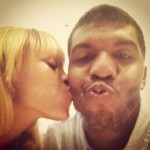 There’s been a recent trend in professional sports where athletes in a new city on road trips are hired by local clubs and bars to “host” parties. Their hosting duties usually require the athlete to show up, wave to the crowd, and drink at a private table in the back, all while the club rakes in profit from spiked cover charges and increased drink prices because of the dude on the poster for the night. Fantasy sports, social media, and access to games anywhere in the country has led to an increase in the exposure of players from different cities, and caused this trend to really blow up in the last few months.

This trend continued on the night of December 12, 2012 when Chris Paul and the Los Angeles Clippers were in Charlotte, NC after having taken on and beating the Bobcats earlier in the night. Chris Paul hosted a celebrity party at a night club called, Label. Shortly after the party wrapped up around 2:00 AM, a swarm of (likely)drunk patrons left the club and began moving towards the parking lot, including Tyrus Thomas’ wife, Jamie Patrice Thomas. Unfortunately Jamie’s night wasn’t done quite yet, as she found herself in cuffs following a scuffle in the parking lot. Police reports allege that Thomas and three friends attempted to steal another woman’s cell phone and purse before hitting a security guard with her vehicle while trying to leave following the scuffle. When police arrived, Thomas tried to leave again, striking the same security guard with her car while attempting to flee the scene. Charlotte police forcibly removed Thomas from her vehicle at that point, but only after having to break the window to gain access to the vehicle. She was taken to the hospital for treatment before being transferred to jail where she was charged with DWI, resisting a public officer, and two counts of assault with a deadly weapon.

Among the six arrested was also Ben Gordon’s fiancee Sascha Smith. Smith was charged with resisting arrest after refusing to leave the vehicle driven by Thomas. 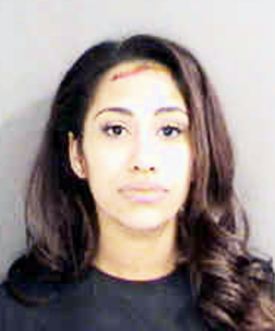