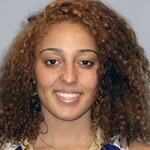 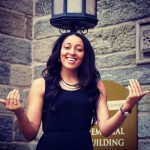 Michael Kidd-Gilchrist’s girlfriend Paige Elliott is a former basketball player herself. She was a 5’8″ guard at West Chester University in Pennsylvania and graduated in 2013 with a major in communications. She did, however, manage to transition that major into a professional life and career. First, Paige started out interning at an AM radio station while she was still a student at West Chester. She was also part of other broadcasting projects and television projects at the college. It gave her a leg up in a world where image matters.

We dug deep and found an article from a Philadelphia media site (Philly.com) detailing a DNA project that Michael Kidd-Gilchrist’s girlfriend Paige was part of. In it, students at West Chester submitted their DNA for analysis. Paige’s father is black and her mother is white. In the analysis, her racial makeup came back as 89% African. She told the site her reaction: “Should I identify as black now? Growing up biracial, you’re always in the middle. What side do you fit in on?” It’s an interesting question if you’re trying to parse out how to identify yourself to others. She grew up in a white neighborhood and said she was white to her peers. Later in college, she felt comfortable telling people she was biracial. However she chooses to call herself, she’s a cool girl.

These days, Michael Kidd-Gilchrist’s girlfriend Paige manages hot chicks. That is- she’s a model manager! One of the things Paige describes as part of her job is “coordinating photo shoots.” That means she gets on the phone and schedules models to get photographed by expensive cameras with lights and sets. I wouldn’t be surprised if some of these girls are the very same you read about on this website. I wonder if Paige introduces some of these models to other NBA players? 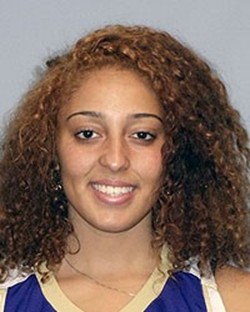