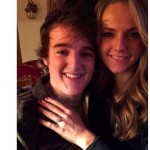 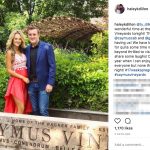 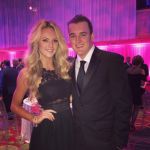 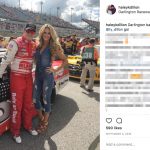 We mentioned Ty Dillon’s wife Haley Dillon back in 2014 before she married him.

She classifies herself as an actor, but her actual job was to dance for the Charlotte Hornets. Yes, she was a cheerleader for the Hornets, and she looks fantastic in the outfit! Haley also hangs out with some of her friends whom she dances with. As you might imagine, they all keep in spectacular shape in order to look great on the court. Ty and Haley also own a French Bulldog named Bubba whom shows up on her social media now and again. French Bulldogs are photogenic and always read well on social media.

In November of 2017, Ty and Haley welcomes their first child to the world.  A daughter, Oakley Ray Dillon.

In addition to her dance career, Haley skillfully crafts cakes. She’s so good that she posts tutorials on Youtube. She’s the person to teach cake construction because she proves it in those videos. If you want to learn how to make a guitar cake, look no further. I know this sounds funny, but a guitar cake is a difficult thing to make and takes skill to pull off. Hers was flawless. Ty Dillon’s wife possesses some real baking chops. For Halloween, Haley created a Frankenstein cake that looked awesome. I respect these creative pursuits.

I honestly can’t decide where the Dillons spend their time during the year. It certainly appears they live in Charlotte for much of the year. However, they spend a fair amount of time in Montana as well. I believe Haley’s family lives there. They ski a lot. In the summer of 2016, Ty Dillon’s wife traveled to Rio De Janeiro for the Olympics. I believe only Haley traveled there without Ty because it was for the Charlotte Hornets dancers, the Honeybees. Ty didn’t appear in any of the pictures. That’s a cool trip to score thanks to the Hornets organization! 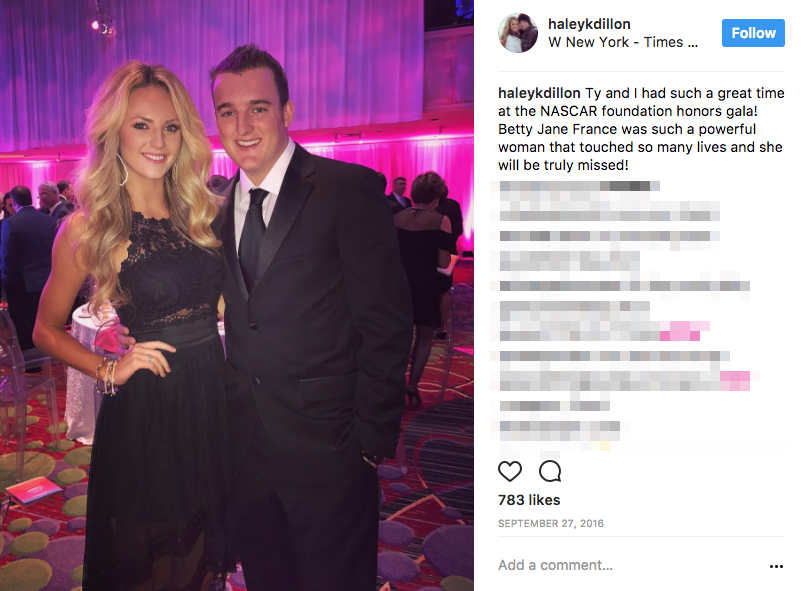