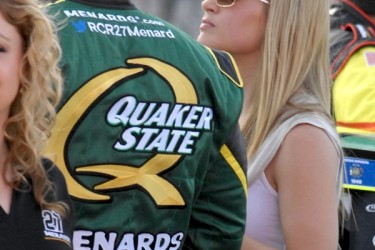 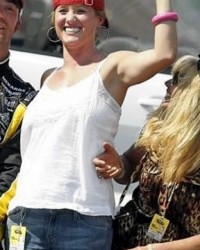 When Paul Menard married his long time girlfriend over a year ago, he kept it real quiet. But Paul Menard’s wife Jennifer Roster won’t be silent this weekend. She’ll be cheering Paul Menard on at the International Speedway when he races the Daytona 500.

Paul Menard and Jennifer Roster were married on November 30, 2012. After making the marriage official at a civil ceremony in a North Carolina courthouse, the newlyweds repeated their vows at a romantic Caribbean ceremony in St. Lucia. But after being together for so many years before marrying, the couple is already prepared for new additions to the family. Menard reported to msn.foxsports.com that “kids are the next step obviously, we’re just trying to figure out when and where.”

But Paul Menard and Jennifer Roster are also prepared to make a move from their North Carolina home before the babies arrive. That’s because Jennifer Roster, a teacher from Vinton Iowa, and Paul Menard, from Eau Claire Wisconsin, want their kids to grow up in a more rural community. The couple is apparently bent on making sure they instill values in their kids that only a woodsy environment can bring. And if Jennifer Roster and Paul Menard raise their children anything like the way Paul Menard was raised, their kids will need the quiet of the woods to decompress after spending days with mom and dad at the adrenalin-filled and powerfully loud racetrack. Who knows, maybe baby Menard will carry on the legacy and make history on the racetrack just like his/her dad and grandfather before him? 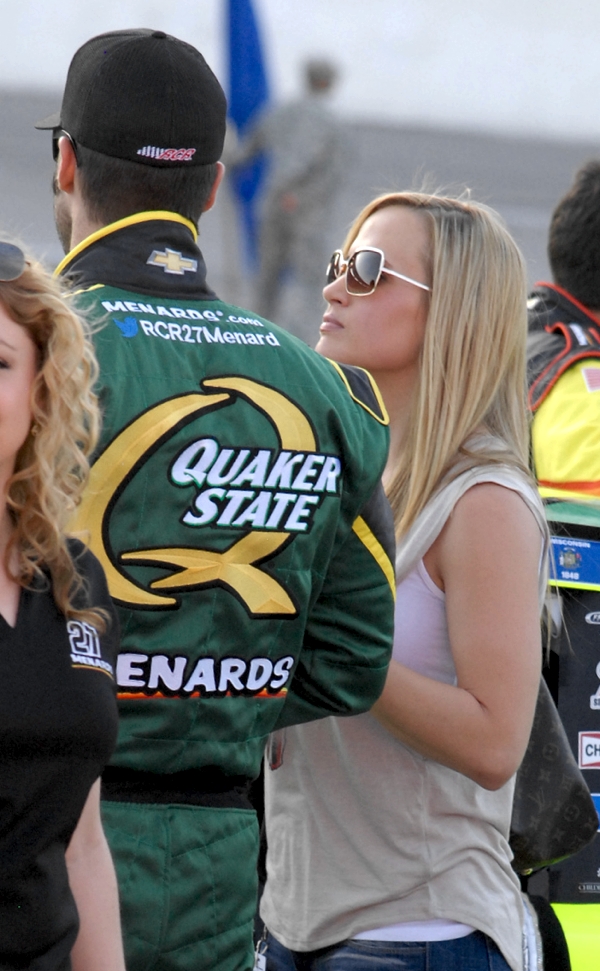