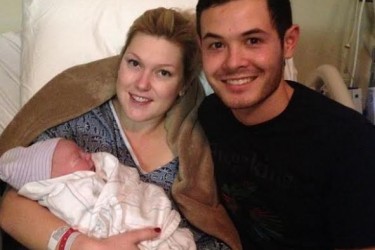 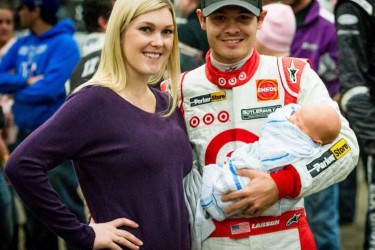 Kyle Larson’s wife Katelyn Sweet has given birth to the couple’s two children.

Kyle Larson’s wife had their baby boy Owen Miyata Larson on December 23 of 2014, while she was still Kyle Larson’s girlfriend. Kyle posted a picture on Twitter right after it happened. Now, that shouldn’t come as a surprise to anyone. Kyle Larson is a tweeting machine!

Baby #2 came in 2018, albeit a bit of a surprise.  Audrey Lynne Larson was born a bit premature, but in a happy coincidence, Kyle wasn’t on the road for the birth.

What an exciting night/morning! Baby came a few weeks early but glad I was able to be in town for it all. Katelyn did amazing and we are excited to welcome a baby girl, Audrey Layne Larson! Owen got to hang out with his new little sister this morning and loves her a bunch. pic.twitter.com/XPlADoIN5A

Kids and a mansion!

The couple did ultimately tie the knot in 2018.  Having your own full blown family will do that.  But before wedded bliss, they set down roots in their own sprawling estate.

Fox Sports mentioned online that Larson just bought a sprawling new house with Katelyn, and they apparently have eight televisions installed in it. Because your human eyes are meant to be glued to a screen of some kind if they’re not taking in a race track at 180 miles per hour. Kyle Larson’s wife Katelyn Sweet describes herself as a cheerleader for Kyle and “Owen’s Mommy.” Owen seems to have his eyes closed in every shot she’s put up of him on Twitter. He only opens them for races, maybe. Katelyn put up a pretty funny picture of Kyle and their cat sitting on a carpet waiting for furniture to be delivered to their new house. Having an empty mansion when you first move in must be a cool feeling, but the actual moving around of one’s belongings is a lot of work. Katelyn also mentioned the moving guy tracked mud into the house. Shame on you, moving guy!

The couple seem to have things pretty squarely figured out. They’re both really young (Kyle was born in 1992) and Larson seems to be doing well in NASCAR. Larson recently won the Rolex24 race with his son in attendance. That obviously means more for Kyle Larson’s wife and him then it does for Owen, but it’s a new and exciting feeling to be able to bring their son to a race and say he witnessed his dad win. Larson’s mom recorded every day of his life on a calendar until he was thirteen. I wonder if Katelyn will do the same? 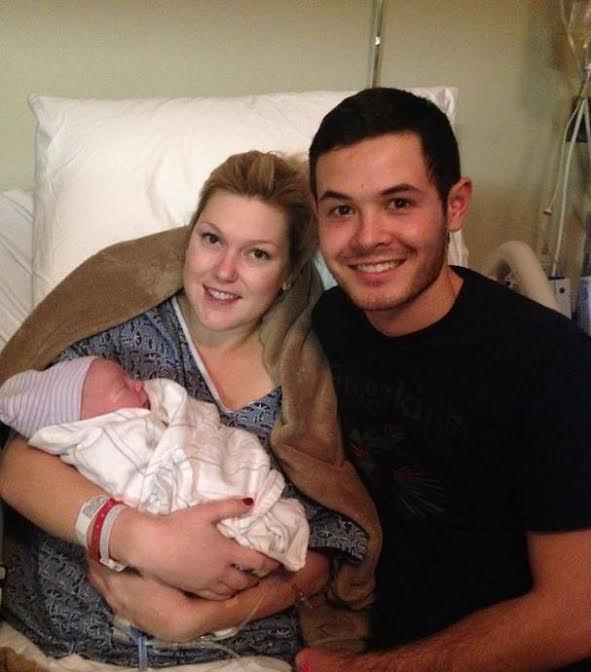