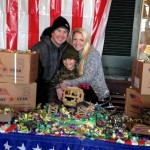 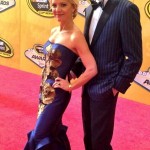 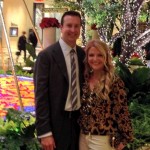 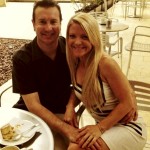 It was early, I hadn’t even had my coffee yet, but who could resist an intro like that? It turns out, he was right. How else to explain this: Kurt Busch’s girlfriend (well ex-girlfriend) Patricia Driscoll is, allegedly, a trained assassin.  Hard to believe?  Not for Kurt, who made these claims while under oath. So let’s review here. Patricia Driscoll, beautiful and stunning Patricia Driscoll, is a trained assassin who travels the world undertaking contract kills for the United States government. Sounds unbelievable huh? I’ll tell you one thing, if it’s true, and she does work for the US government – they aren’t going to be too happy about Kurt outing their agent.

All this came about on the heels of an alleged domestic assault.  Kurt Busch’s girlfriend  at the time was at the center of an alleged domestic assault which has seen the NASCAR driver accused of battery.  According to sources, Busch was accused of domestic assault after the Dover (Delaware) Police Department had allegations brought to the department. The alleged incident took place inside Busch’s traveling motor home following a race at Dover International Speedway in September (where Busch finished 10th overall). The couple had broken up a few days before the incident is said to have occurred.  Busch was never charged in the assault.

During happier times, Kurt Busch’s girlfriend Patricia Driscoll was either busy with charity work or enjoying her relationship with the racing veteran.  Patricia was very involved in the Armed Forces Foundation (AFF), which she is president of. Her hard work has provided hundreds of thousands of dollars that helped pay the expenses for loved ones to visit injured soldiers. The foundation’s goals are to not only take care of active duty and retired military personnel, but also to educate the public about conditions such as Post Traumatic Stress Disorder and Traumatic Brain Injury and raise awareness. Patricia has proven to be much more than a trophy wife with her efforts and donations for the organization. 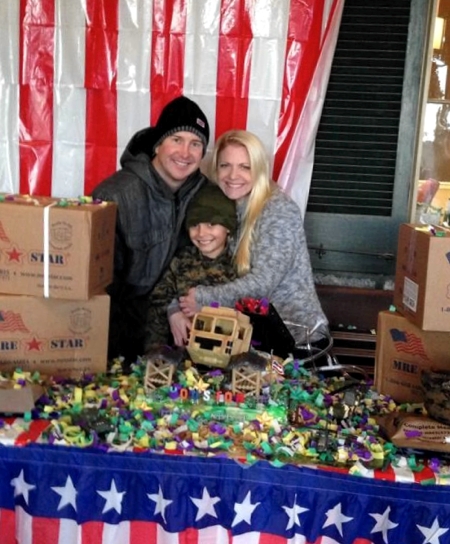