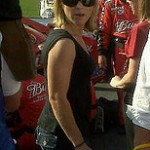 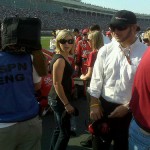 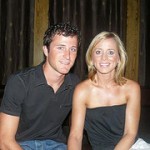 Though admittedly single, as of 2009, at one point in time Kasey Kahne’s girlfriend was Jenny Severance, a 34 year-old single mother who lives in North Carolina. The two began dating in Fall, 2007. Little is known of how long they spent together, but Kahne publicly admitted in February, 2009 that he is single.

This has nothing to do with Jenny Severance, but we want to be clear that through thorough digging, we firmly believe that Kasey Kahne never went out with Paris Hilton. Our tireless research (aka, I called my brother who is the only NASCAR fan we know), they met once, and it was a publicity stunt in advance of Kahne signing on with Budweiser. Why do we add this? Because trust us,… we would have done a Paris Hilton post if we thought there was any truth to it. 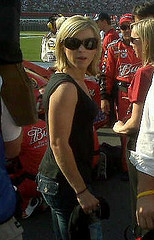