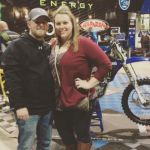 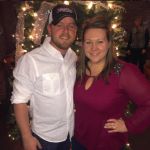 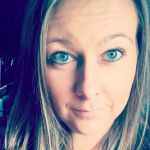 Justin Allgaier’s wife Ashley Allgaier is the mother of their two year-old, Harper. The family recently took Harper to Disney World, and they all hung out with Ashley’s family as well. Ashley posted a bunch of pictures with Harper meeting all the Disney ladies (Belle, Cinderella, Sleeping Beauty, etc.). She’s very into the development of their child. She was ecstatic about the couple’s young daughter being accepted into a selective preschool and made a joke about how happy she’ll be when she’s getting accepted into college compared to preschool. There are a myriad of these type of developmental observations that Ashley makes as Harper grows up. Another one was how mesmerized their daughter was by how the car wash works. Hey, car washes are pretty cool. I’m sometimes mesmerized myself.

Ashley is from Illinois and grew up in a town of about 500 people. She currently works for Justin’s racing company, called Justin Allgaier Motorsports, and she took some online business courses in order to be able to better handle the business side of things at the company. Justin Allgaier’s wife met him when they were both 15. She used to beg her mom to take her to the racetrack because she’d already decided that she was going to marry him. Justin was already racing back then, and Ashley was already his fan. She realized they had a mutual friend, and she pleaded with Jeff to introduce her to him. They’d all gone out bowling a few times before so that’s how she figured out their mutual acquaintance. From the time they met, they started dating straight away. Ashley has talked about how much they used to message each other on AOL Instant Messenger back in the day.

Ashley’s father, Brian, used to work for a dirt modified racing team. In the early days of their relationship, Ashley says that her father’s love for racing was “reignited” by seeing all the racing Justin was doing. Justin eventually went on to hire Brian to work on his team! Ashley’s brother was even called upon to work on Justin’s team. That’s a pretty cool family dynamic. Although if you’ve ever got to fire one of them, it could get messy. Justin has said of Ashley that “she is probably the only reason I am racing.” She’s the racing linchpin! 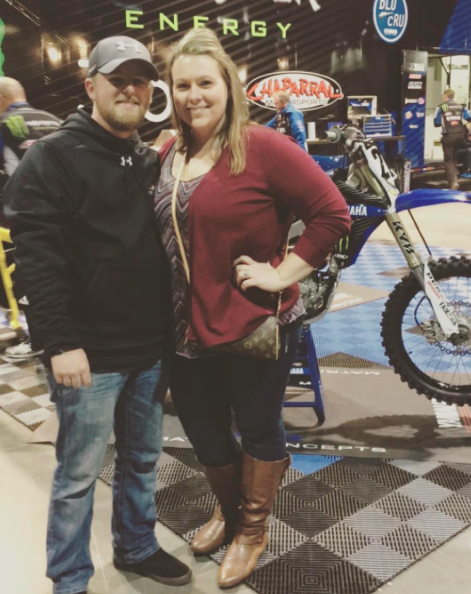