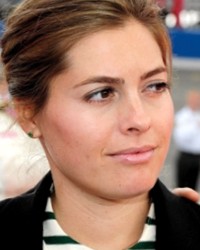 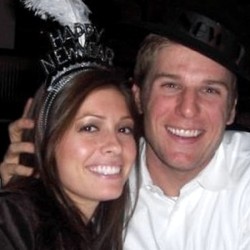 Yeah, I got on my knee. Christy and I have been together for so long, that it’s weird when you’re talking to your friend. You picture that as a child doing it, and you don’t know what the person looks like. We’re sitting there, and I’m like, ‘Gosh, this is my best friend.’ I kind of felt corny… I’m certainly not Romeo by any means.

The married couple has two children, a two year old son (Carter) and a daughter (Hazel) born only a week ago. Media day for the upcoming Daytona 500 nearly cost Jamie the chance be with his wife Christy for their daughter’s first night at home. He had enjoyed the experience so much with their son, Jamie wanted to make sure that he didn’t miss it with their daughter. Lucky for the McMurray family, a doctor’s quick decision to let Christy go home a day early allowed them a one day reprieve before he headed down to Florida.

Jamie’s racing career started with some go kart races early in his childhood. He eventually grew up to be a passionate racer and made a professional career in it. So far the pinnacle of his career has been that 2010 run, where he won the Daytona 500, the Brickyard 400, and placed second in the Coca Cola 600. he now goes to Florida with hopes to expand his racing resume. 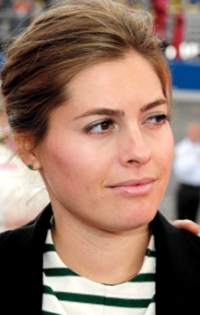