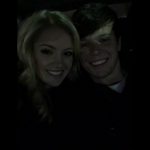 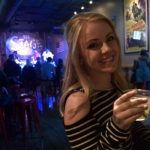 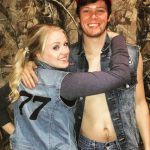 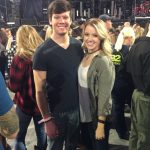 Erik Jones’ girlfriend Hayley Burnash is a great supporter of Erik’s racing career. She resides in Michigan with Mr. Jones, and she runs a small business online. That business centers around planner stickers because she is creative. She designs sets of stickers that help organize and express different sentiments. She designed one of the sets specifically to denote NASCAR race locations. I like the stickers, and she sells them on Etsy.com because it’s a good online market.

On October 29, Erik Jones’ girlfriend celebrated her birthday with him at a Luke Bryan concert. They went to Ford Field in Detroit, Michigan and enjoyed themselves. In May, she celebrated Erik’s birthday with a cake, and he turned 19. These two are still just kids, but they certainly seem to share a great connection. Hayley shared a picture of the cake she made for him, and the family Golden Retriever was howling in the picture. I believe Hayley may be studying to become a veterinarian because she received a stethoscope as a gift in May of last year. She called it a “half-way present.” Sometimes, she even sets up a small booth at a neighborhood market so she can sell her sticker sets. Honestly, I think it’s a nifty little business she created for herself. It shows initiative on her part.

I saw a picture of Erik Jones’ girlfriend helping a dog in a vet clinic, so this basically confirms her future plans. She enrolled in nursing school, but I am not entirely certain whether she studies animals exclusively. She shared a picture on social media of her nursing textbook. Hayley likes to study in coffee shops. She certainly seems to possess ambition and a plan for her future! Erik plays guitar every once in awhile, and Hayley also shared a picture of him with another family dog enjoying the guitar music. 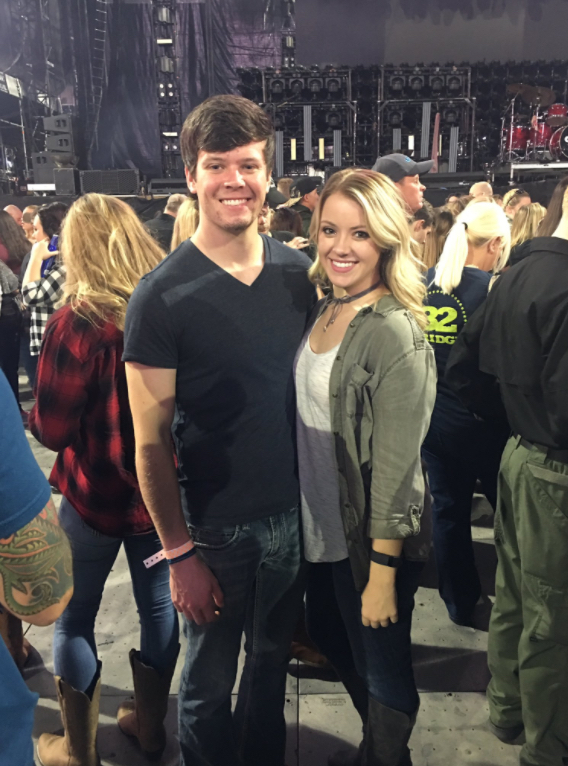