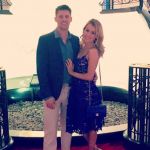 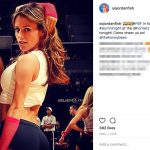 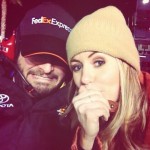 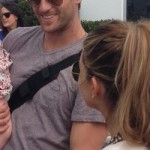 Denny Hamlin’s wife Jordan Fish is the mother of their two kids.  While Jordan was pregnant, she referred to their older daughter Taylor as a big sister in training. Well, folks, training is over.

Molly Hamily was born on August 15th, shortly after these two crazy kids tied the knot.  Jordan gave birth to Taylor in 2013, which makes her four years old. Interestingly, Jordan formerly danced for the Honeybees. They are the cheerleaders for the Charlotte Hornets. I believe she maintains a lot of the friendships from her dancing days too! She recently thanked a group of lovely ladies for her support about her business. Jordan started this business in April of 2016. I’ll tell you about it below. The family resides in Charlotte, North Carolina since it’s very convenient for the NASCAR lifestyle.

In addition to working as a full-time mother, Jordan also runs a company called Kustom Klutch. The company designs and manufactures handmade bags. She sells them in various stores in and around Charlotte. Since the company is brand new as of April, 2016, she is still organizing how best to sell the products. Denny Hamlin’s wife congratulated some friends of hers who are starting a boutique in Charlotte, and she also mentioned the boutique will sell her bags. It sounds like a smart business plan. It’s good to know people in the same business who you can work with!

Naturally, Denny Hamlin’s wife Jordan enjoys Charlotte Hornets games. Last year, the family went to a game. The referee gave their daughter the game ball to hold for a picture, and Jordan shared the moment on social media. Jordan really is a beautiful woman, and every selfie she posts reinforces that fact. I believe she will be successful with her new business since she understands fashion. She even posted on social media that her company is hiring new employees. That’s an exciting step to take. Jordan even attends fashion shows to keep up with the latest styles! 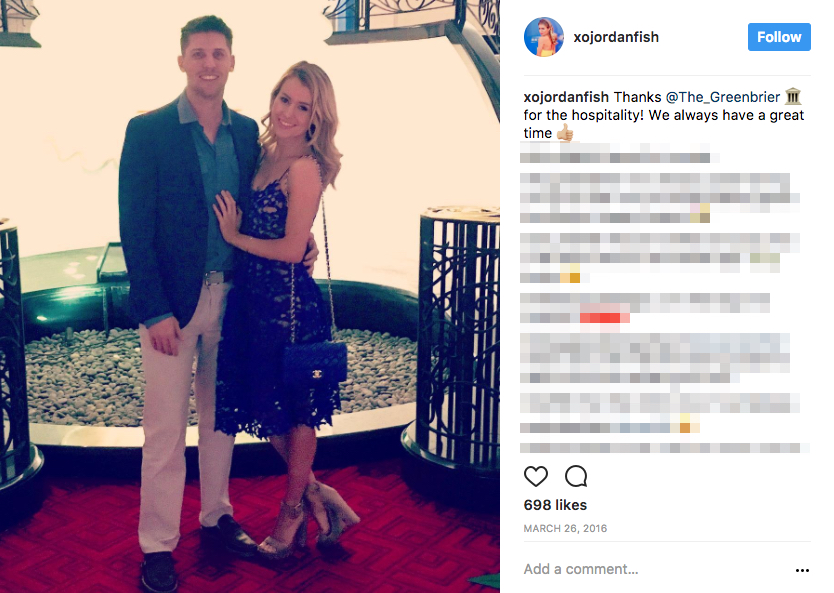