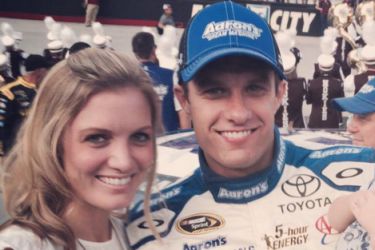 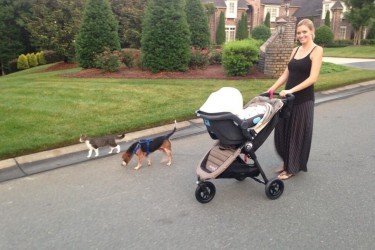 David Ragan’s wife Jacquelyn Ragan announced she was pregnant with the couple’s second child back in October of 2015. Fox Sports News is basically obsessed with this guy, judging by the amount of coverage they give him. We, on the other hand, will be focusing on his cool wife. Why is she so hip, you ask? Well, for one thing she’s participated in the Better Half Dash– a race where a bunch of wives and girlfriends compete on an actual NASCAR track– and she won! Come on, that’s sick! Imagine how cool that must’ve been for Ragan. She said afterward, “That was fun. I’m ready to go out and do it again next week.”

Her win at the Better Half Dash came way back in 2011 before she was married to David. Now that she’s David Ragan’s wife, she’s dropped her former surname of Butler. Their first child is named Julia, and they recently found out their next child will be another girl. The family beagle gets downgraded from “ignored” to “forgotten” now. Oh well, she had a good run.

The couple lives in North Carolina and are your typical Panthers fans. David himself is a fan of the Atlanta Falcons. David Ragan’s wife often posts innocuous tweets about following the Panthers, but I noticed that stopped abruptly after they lost. For her, she’s got another sport that is way more important to follow than football. She often brings Julia to the track to “help her dad.” She’s still too young to hand him wrenches and stuff you’d need to adjust car engines. It’s cool to hang with your family at the track before the race, though. Another interesting event that happened recently is the appearance of raccoons entering the Ragan household and eating all their catfood. They get in through the doggie door, and they actually caught them on camera before trapping a few of them. What they did with the raccoons after they trapped them is anyone’s guess. They live in North Carolina– maybe they cooked them and ate them :P 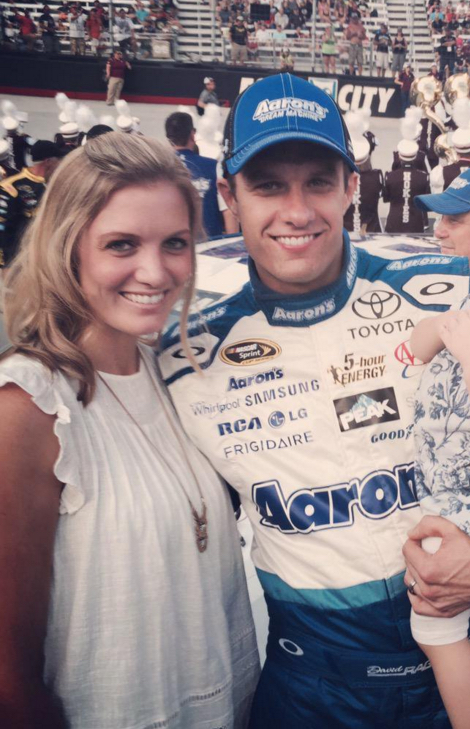