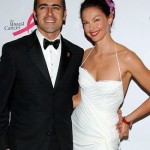 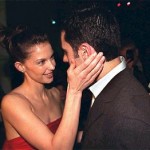 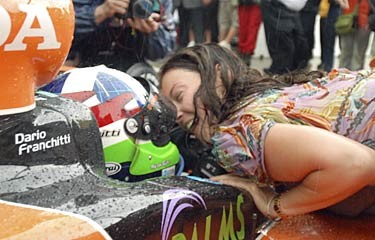 After months of tough headlines, IndyCar racing needed a splash at Sunday’s Indy 500, and fortunately for the sport Dario Franchitti delivered.
IndyCar has dealt with a number of losses in recent months including Danica Patrick leaving for NASCAR, and Dan Wheldon’s in the tragic fatal crash last October. Fortunately, the sport was able to celebrate an incredible race with arguably the biggest name in the sport coming out on top. After the incredible photo-finish, Franchitti was able to celebrate with his team, and of course his wife.

Franchitti was a class act after the race, frequently reflecting on his lost friend Wheldon. Over the public address speakers, Franchitti paid tribute:

“Everybody up there was a friend of Dan’s, and that about sums it up. Everybody loved him. What a race! What a race! I think D-dub would be proud of that one.”

Now, even if there may be an argument as to Franchitti’s stature as the biggest name in the IndyCar Series, there’s no argument that his wife is the biggest name for the women along Indy’s pit row. Dario Franchitti’s wife Ashley Judd is a widely known actress, though may be better known for being the craziest Kentucky fan on earth. Though her mainstream acting work seems to have fallen off in recent years, she was best known for work in the 90’s including her role in Heat.

Judd graduated from the University of Kentucky (thus explaining her rabid fandom for the school’s various athletic squads) and was a member of the Kappa Kappa Gamma sorority. Franchitti and Judd were married in 2001 at a castle near Franchitti’s hometown in Scotland. They now reside in Franklin, TN, with no children. 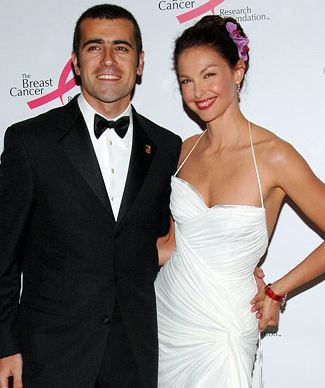