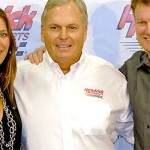 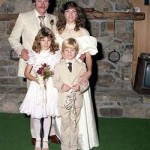 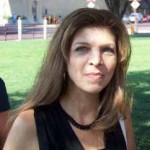 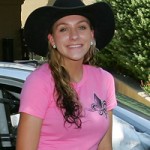 Dale Earnhardt Sr is most likely the most memorable NASCAR driver the world has ever seen. Dale Sr was born to race cars due to the fact that his father Ralph Earnhardt was a race car driver as well. Ralph was very popular himself but didn’t want his son getting involved in the sport due to the dangers that come with it. Dale didn’t listen. He dropped out of high school in order to focus strictly on racing. Good thing he did. He went on to become one of the greatest if not the greatest himself.

So as the greatest of all time, let’s ask the question everyone wants to know. Who Was Dale Earnhardt’s wife?

Dale Earnhardt Sr married Latane Brown in 1968. They had a son together named Kerry who was born the following year in 1969. Dale Sr and Latane then got a divorce in 1970 soon after the birth of Kerry.

In 1971 Dale Sr married his second wife Brenda Gee. Together they had a daughter named Kelly King in 1972 and a son named Ralph Dale Earnardt Jr in 1974. Soon after Dale Jr was born Dale Sr and Brenda got a divorce.

Finally, in 1982 Dale Sr married his 3rd and last wife Teresa Houston (Now Teresa Earnhardt). Together they had a daughter Taylor Nicole in 1988.

Dale Earnhardt Sr died in a car wreck involving Ken Schrader’s car at the Daytona 500 in 2001. He was in 3rd place with 3 laps to go when the accident happened. His car wreck on TV did not look nearly as serious as the previous car wreck that had happened at the Daytona 500 that year, but it proved to be. Ten years later at the Daytona 500 the entire Fox broadcast crew, all the fans, and all radio broadcasts between the drivers and crews had a moment of silence during the entire lap 3 to commemorate Dale Earnhardt Sr. Everyone in the stands that day held up the number 3 during that moment of silence to show their appreciation.