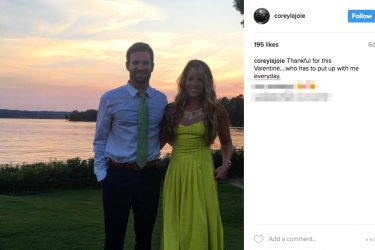 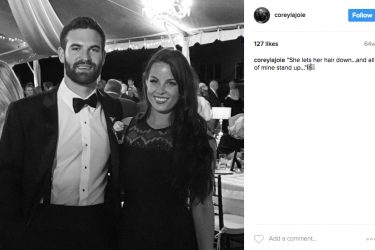 Corey Lajoie’s girlfriend Kelly is anxious about something most of the time, according to Corey. Hey, her boyfriend is a professional racecar driver so it makes sense. Corey himself described her this way in a post on his social media account. He posted a picture of them with a happy birthday wish about a year ago. I think her birthday falls in early March because he posted it around that time. They travel extensively around the United States since Corey races everywhere.

One of the places Corey Lajoie’s girlfriend describes as her home is New York City. The other home she mentions is North Carolina. Since North Carolina is the base of operations for many NASCAR drivers, this comes as no surprise. They share a French Bulldog named Leonidas. For anyone curious, Leonidas is the famous King of Sparta from the ancient era. You have to be brave to race cars, but I wouldn’t exactly compare Corey to Leonidas just yet. Last year around Valentine’s Day, Corey shared that Kelly hated he couldn’t be home for Valentine’s Day. This is a good old fashioned group of lovebirds, folks. They certainly enjoy their relationship. I’m sure he bought her some flowers or something when he arrived back in North Carolina.

I must say: Corey Lajoie’s girlfriend Kelly is one of the most beautiful ladies in the NASCAR realm that I’ve seen in awhile. She looks extraordinary in a gown with her hair made up. Corey himself says when she lets her hair down, all of his stand up. For fun, the couple enjoy Panthers games. Additionally, Corey himself participated in a “Spartan Race” back in March of 2016. Again, the Spartan influence creeps into his life. They’re big believers in mental toughness and discipline. You can also guess how much they like to stay fit and go to the gym. These two are modern Spartans! 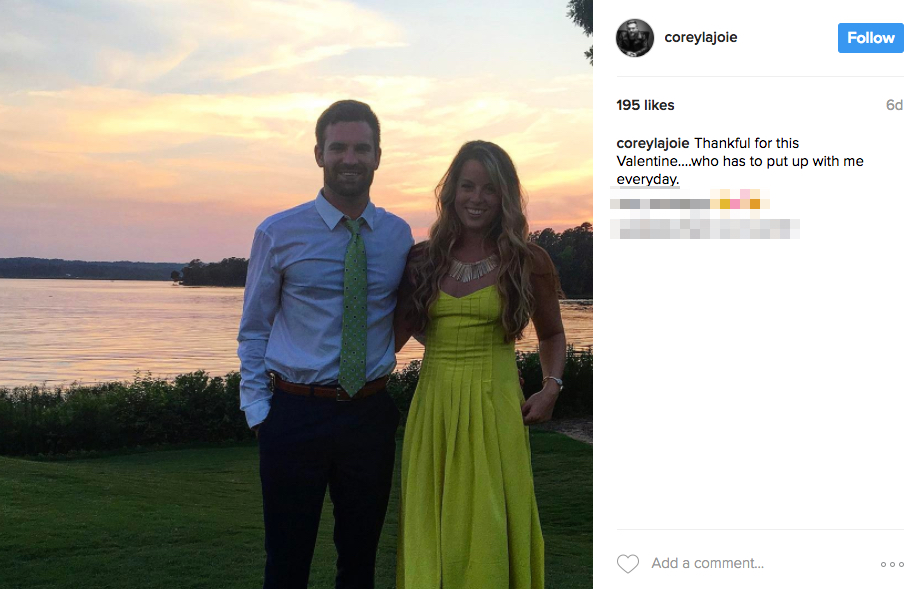