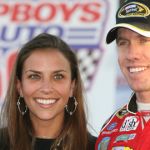 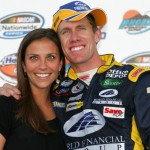 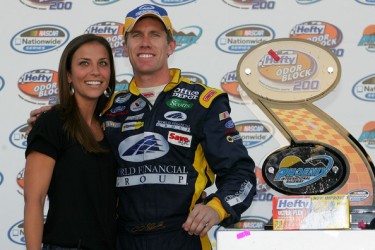 Carl Edwards’ wife Kate Downey is legit (so legit in fact, that you’ll notice that I even refrained from calling her a chick, broad or dame). Edwards’ wife is Dr. Katherine Downey, an impressive young woman. She earned her medical degree from University of Missouri-Kansas City School of Medicine in 2004. She completed residency in 2007 as Chief Resident at University of Missouri-Columbia in Physical Medicine and Rehabilitation. Currently, she works as a physician helping to rehab patients with severe and traumatic brain injuries.

See, now that’s impressive. No jokes from this dude.

Carl Edwards met Kate Downey in 2006 in Columbia, Missouri, their shared hometown. The couple was married in January 3, 2009. During this marriage, it became readily apparent that Edwards takes his sponsorships seriously. Carl and Dr. Kate purchased the stationary for their 2009 wedding invitations from their local Office Depot store. 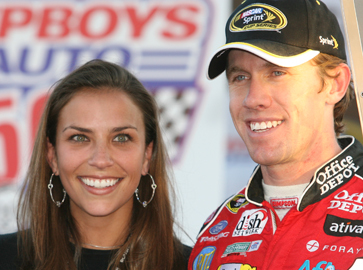