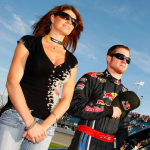 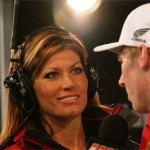 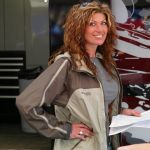 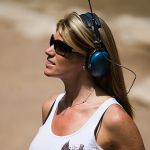 Originally from Kelowna, BC, Canada, Brian Vickers girlfriend Erin Bates is most well known for her work on Speed TV. Prior to her TV work, she held various average Jane style jobs including time as a pharmacy technician, an insurance agent and in advertising sales. Beginning in 2003, she worked as an in stadium pit reporter for AMA Supercross and Motocross, which led to her joining SPEED TV’s broadcast team in the same capacity in 2006.

It is unknown exactly how long Brian Vickers and girlfriend Erin Bates have been together, but the couple made a public first appearance in July, 2009 when Vickers invited Bates to stand with him on the podium prior to the LifeLock400 event. The two have been photographed at various events together since then.

Erin fits the mold of many sideline reporters where their knowledge of the game they report may not be quite as important as the buzz that some of their other attributes may generate(see Erin Andrews).

Many of these sideline reporters would be insulted by the insunation that they are well known sideline reporters because of their looks. However, Bates is the exception to that rule. In an interview with an online Motocross site, the conversation about her flaunting her looks came up, and she responded by saying, “A little T&A can go a long way, right?”

Yes Erin, yes it can. 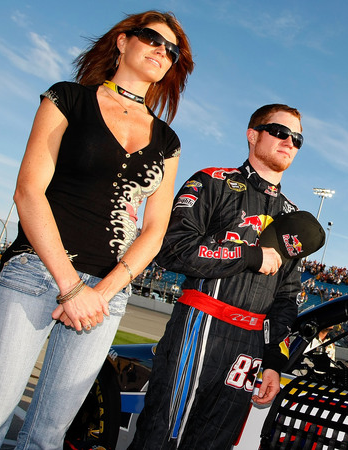