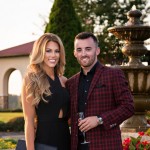 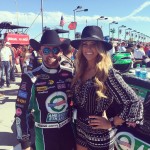 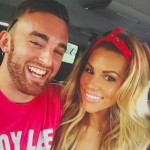 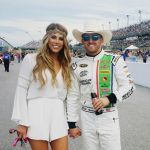 Austin Dillon’s wife was was a hot topic on this site a few years ago.  Why?  Well, winning the Daytona 500 tends to have profound impacts to search traffic.  So with that in mind, let’s do it, folks!

Whitney Ward is a pretty hot cheerleader for the Tennessee Titans. Well former cheerleader, that is.  We’ve seen some hot cheerers in our time, and Whitney’s got that classic fun and flirty vibe about her.  Most of her good friends seem to be other cheerleaders, which suggest that she is capable of making friends among her cheering peers (always increases the value of a good cheerleader girlfriend).

A few years back, Austin Dillon’s wife had the honor of meeting Justin Timberlake at a concert, and she shook his hand from the crowd. I guess that’s not technically “meeting him,” but it was enough for her to say she could “marry this man.” So now Austin knows exactly where he stands. He’s a big enough deal to score a hot cheerleader, but not big enough to keep her when Justin comes knocking. That’s life, Austin, get in your NASCAR and run him down like Kurt Russell from “Death Proof.”

In August of 2016, this pair took the next step, and Austin was all too proud to share it on social media.  He dropped to one knee, and did what every red blooded male in America wishes they could do,…

Yup.  That is gold.  It was about this time when her cheering career wound down, and=her schedule and habits took a bit of a turn.  She began attending more races and taking more pictures with NASCAR types rather than football and cheerleader types.  She truly adopted and embraced the role of NASCAR WAG.

The two officially tied the knot in 2017, and Austin Dillon’s girlfriend officially took on the title of Austin Dillon’s wife.   In 2020, they revealed they are set to introduce their first child to the world.  The name?  It’s pretty badass.  Let Austin tell you.

Ace RC Dillon, your mom and dad can’t wait to meet you!

Prior to Whitney, Austin Dillon’s ex-girlfriend was Taylor Walker.  Dillon wasn’t Walker’s first athlete to date.  She was previously with Will Grier, of Florida Gators football fame.

When we last checked in on her, Austin Dillon’s ex-girlfriend was working as Miss University Primetime.  Now, I’m not exactly sure what that job entails, but I read that she promotes the website universityprimetime.com.  The site contains some content aggregation, and trending/viral posts.  Standard fare include articles about “10 Struggles of Having a Friend Who Can’t Handle Alcohol” and another one about weird Uber drivers.

There was little else to glean from the public persona of Taylor Walker’s social media. Alas, all things must fade, and this relationship also faded.  Austin and Whitney clearly have a good thing going now, so imagine Taylor Walker is long in the rearview mirror. 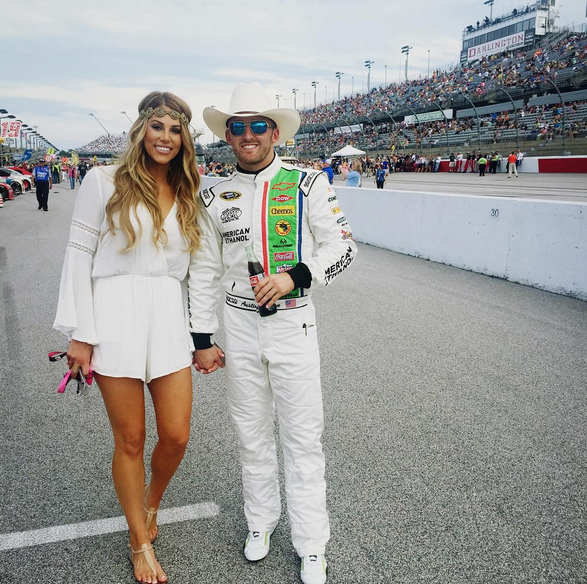