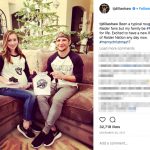 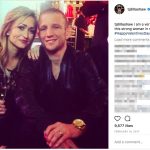 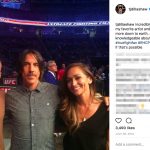 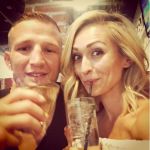 TJ Dillashaw’s wife Rebecca Dillashaw announced that she is expecting a baby boy last August. The announcement came in TJ’s social media, and they will name the child Bronson. Bronson arrived just after Christmas in December, 2017. On June 20 of that year, TJ posted that due date and said their hearts are full. The couple already own two French Bulldogs named Bunny and Cash and one Pekinese named Mijo. TJ owns a Cane Corso named Smokey. The family will soon expand beyond the dogs. Rebecca also maintains a separate social media account exclusively for her Frenchies. She dresses them up in various costumes like small cowboy hats and poses them. Rebecca’s own social media is private, but she describes it as capturing life between Colorado and California.

Man what a way to end 2017! Bronson Jack Dillashaw was born on December 28th at 8:25pm and is a perfect healthy boy. The Last three days have been full of some much joy and work, my wife is a true champion. 2018 here we come Happy New Year. #Dillashawfamily #BronsonJack

TJ represents a number of brands on his own social media. They include a spice company and a knife company. The Pekinese dog also appeared in a picture with some of the knives. The dog sat in a camping tent with a few of the knives outside the tent. The caption explained that Mijo understood all that was necessary for a camping trip are the knives. Is that really all that’s necessary? Regardless, TJ Dillashaw’s wife also posed with a miniature knife by the same brand in April of 2017. On Valentine’s Day of that same year, TJ of course gave a tribute to her. He said he felt very lucky to have this strong woman in his life.

While TJ Dillashaw’s wife prepared for motherhood, TJ often goes hunting with his dog Smokey when he has free time. He posts a lot of pictures of bow hunting and himself in camouflage. In April of 2016, he traveled to New Zealand and killed a very large stag with a compound bow. Enough about hunting, though. Since Rebecca doesn’t partake in that activity, it’s better to talk about things they both enjoy. How about the time they met TJ’s favorite musician, Anthony Kiedis? The couple attended a UFC match in July of 2014, and they posed with him. TJ said he could not have been more down to earth.

The couple married in June of 2014, according to Wikipedia. However, TJ didn’t share any photos on social media. Instead, he shared photos from the honeymoon in Mexico. The wedding took place there too since TJ also shared pictures of his entire family there. TJ Dillashaw’s wife enjoyed her time there very much. 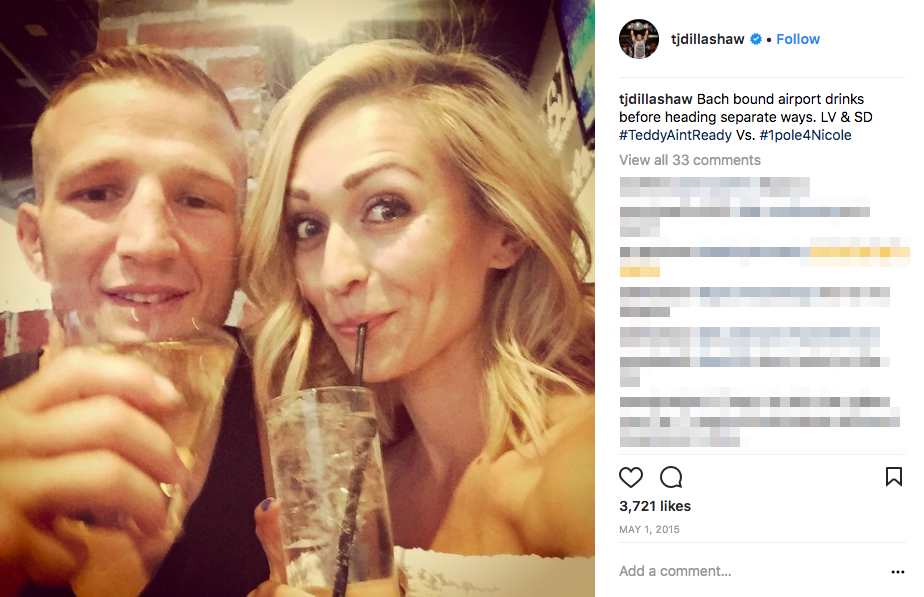