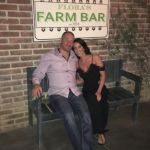 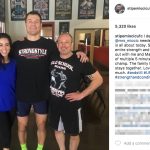 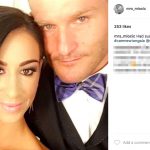 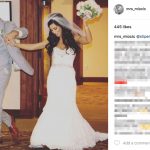 Stipe Miocic’s wife Ryan Miocic married him in June of 2016. The wedding took place in Parma, Ohio because Stipe is from the area. She posted a few photos of the wedding, and she characterized one of them as an encapsulation of their relationship. It is a picture of the couple amused and laughing. That sounds like an absolutely healthy relationship to me. Generally speaking, I’ve found MMA fighters have a pretty good sense of humor, and so it follows their girlfriends and wives do too. Before they married, Stipe and Ryan dated for awhile and like to travel and go to pro sports events.

Ryan described her true calling in life as “the love of animals.” In a social media post, she recalls banging on people’s doors and calling the cops in response to animal abuse. Stipe Miocic’s wife puts it in perspective with a stark description of the animals’ lives in captivity, being left alone nearly the whole day without any interactions. I like her compassion for animals because they need responsible and caring people to stick up for them. Good for her!

It appears the couple live in the Cleveland area. Stipe Miocic’s wife often accompanies him to training sessions at his gym there since she supports him enthusiastically. Ryan enjoys internet commentary about Stipe’s fighting career. She posted a screenshot of a fan prophesying the end of his career. The post said his “crazy Italian wife” would stab him and cause a career-ending injury. You’ve gotta’ take these musings with a laugh, am I right? No stabs, of course. Very recently, Stipe and Ryan met Lebron James, and that was a thrill for the couple. Stipe seems like a really fun guy to hang out with. When you are a rising star in the MMA world, you get to meet other stars. Because Stipe is famous in Cleveland, there’s a lot of perks! Since he’s had success, Ryan is very proud of him. 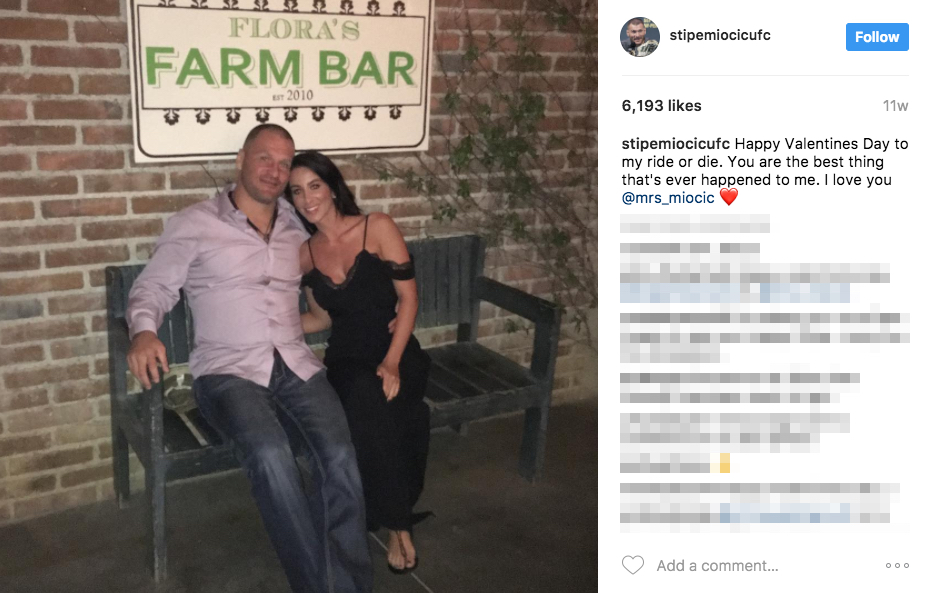