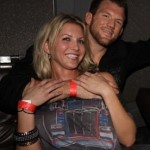 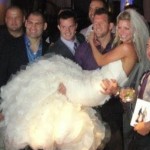 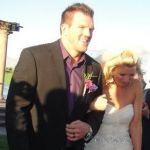 Three words. Stone Cold Fox. That’s all I have to say. I mean she is so lucky to be nailing that stud. Wait what…… No but really Daisy is hot. Enough said. I mean look at some of those pictures she took with Darth Bader. That’s what I’m talking about. Girls like that don’t come around often. I bet she just does whatever Bader wants her to do. “No its ok hun if you post those pictures of us on the internet! What… you want me to make you some brownies too?” Guaranteed that’s how it went down. I haven’t been this excited since I saw the three boobed chick in Total Recall. Who would you rather……….Daisy or the 3 boob chick from Total Recall? That’s a tough decision. I mean bragging rights of 3 boobs alone should make it a clear decision…. but I dont know. I might lean Daisy.

The two were married in October of 2010. If you take a look at the wedding pics you can clearly see HW Champ Cain Velasquez, CB Dollaway, and Jay Glazer in there. What a dynamic duo huh? The two reside in Phoenix Arizona and have two dogs. Bader in his last fight took on Jon Jones and got humiliated. He’s hoping to bounce back this weekend at UFC 132 against Tito Ortiz who hasn’t won a fight since 2006. Essentially if Bader gets the W against Tito…. Tito will be forced to retire I’m sure. 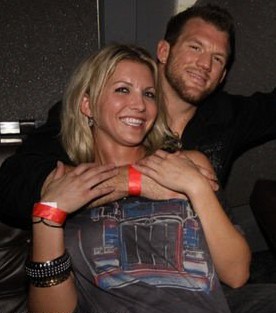