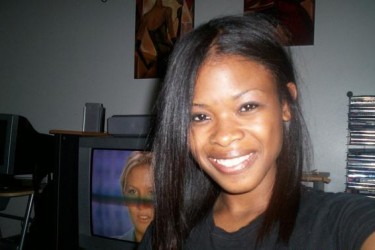 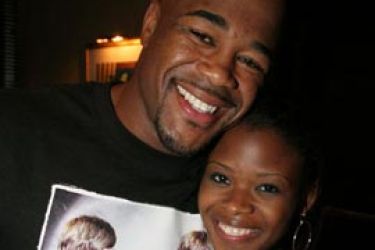 One thing that comes to mind when thinking about Latoya Evans is….. this girl can scream with the best of them. If you have ever had the pleasure of sitting next to her at one of Rashad’s fights like I have… you wished you hadn’t. I mean the view is good….. but this girl screams so loud that even Joe Rogan mentions it on air at one point because she was sitting right behind him. Funny how she doesn’t sit near the broadcasting people anymore at the events. The UFC figured that one out pretty quickly. Now don’t get me wrong… I like screamers, but this is out of control. Did you go and see Xmen First Class this past fall/summer? She screams like that Xmen dude does in the movie. No kidding. If you dont believe me…. buy the seats next to her at UFC 133 on Aug 6th. Just make sure you bring earplugs. And yes I’m a geek for bringing up XMen. So what. I got to undress Latoya with my eyes when I sat next to her and you didn’t. Suck it Trebek.

Rashad and Latoya have been married since 2007. Together they have a son named Rashad Jr and a daughter named Nia. Rashad also has another daughter from a previous relationship named Tajha. Together the live in Lansing Michigan where Rashad has helped out with the high school wrestling team. Rashad has been on a tear lately in the UFC. Take a look at those gifs of Rashad knocking the ever living poop out of Chuck Liddell…. that is gonna leave a mark. I remember jumping out of my chair when I saw that right land flush. I was seriously scared for Chuck’s life that night. Rashad is rematching Tito in two weeks at UFC 133 on Aug 6th. It is possible that Rashad will retire Tito….although I have said this before…. 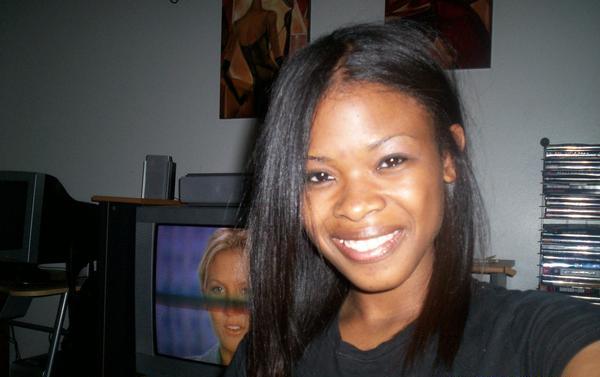