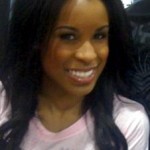 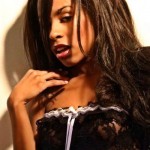 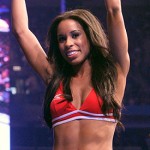 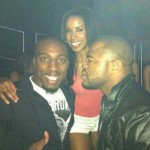 OK lets be serious here. Phil Davis’ girlfriend Chandella Powell is hot. Boom. I said it. She is hot. If you think otherwise then you need to get your eyes checked. She is one of the ring girls for the UFC so she has to be hot. She would also make a great football player the way she struts in that video of her catching the bouquet of flowers. I mean nobody else in that pack of wild girls even attempted to get the bouquet. I thought for sure that crazy broad in the 80’s pink skin tight dress was going to throw an elbow just to get it. You can tell just by the pink dress shes wearing shes capable of anything which should have set off a red flag in Phil’s girlfriend’s mind. I mean she is standing next to her. I once saw a woman in that same dress murder a stranger. Reeddd Flllaaagggggggg. Anyway yeah….there are a TON of hot pics of Chandella Powell on the internet so I sugguest you go google the crap out of her right now. Or watch the next UFC event on PPV. Done.

Chandella Powell was born on January 1, 1982. She is originally from Oklahoma and was working at the Playboy club when Zuffa hired her. She still works there when she isn’t “performing” at a UFC event. She was hired by the UFC and made her debut in January 2010 when some other hot broads were fired for some stupid reason.

Her boyfriend Phil is taking on Rashad Evans in the main event on the next UFC on Fox event. In my opinion this fight has a 90% chance of going to a decision unless Rashad can clip Davis with his speed. Reason I say that is both of these guys have wrestling as their base and will most likely just wrestle for 3 or 5 rounds. Rashad has had many years to train in his standup department which is spectacular now so I give him a 10% chance of clipping Davis for the KO. I’m sure Rashad will be the favorite in this but only time will tell. Tune in to Fox on January 28th for a great card…..THAT’S FREE!!!! 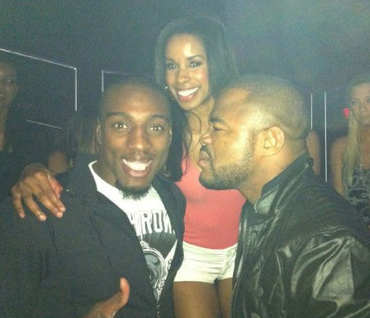