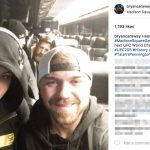 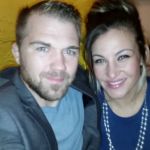 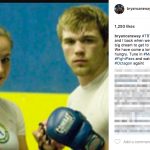 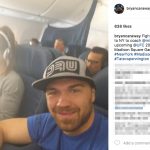 Miesha Tate’s boyfriend Bryan Caraway is a funny guy. He told a joke on his social media that “it’s funny how drinking 8 cups of water in a day seems impossible but 8 beers in two hours goes down like a see-saw.” I need to remember that one. He seems to have a really good sense for humorous internet memes. From what I can tell, this couple got together back around 2010 since they threw a 6-year anniversary party this year. Miesha just retired, but Bryan is still very active in the ring. Following Miesha’s appearance on Conan O’Brien, Bryan expressed how proud he is of her.

Here’s where things get a little murky.  There are rumors that  Miesha Tate’s boyfriend is no longer Miesha Tate’s boyfriend.  Reports indicate that the pair split up right around Miesha’s retirement from the Octagon.  Some suggest that the break occurred literally weeks before her last fight at UFC 205, but again nothing to confirm that.  It certainly would jive with the fact that they’ve both gone relationship-stuff dark on social media.  One does not seem to exist on the other’s account.

However, while we struggle to digest their current relationship status, we’ll keep learning more about Bryan.  When they aren’t beating people up for money, Miesha and Bryan enjoy cool outdoor activities. Bryan used to ride dirt bikes, but apparently his bike got stolen along with all his gear. That’s quite a bummer, for sure. The history between Miesha and Bryan may go back further than six years. Bryan posted a “throwback” picture of them in the gym. Maybe they were friends before they were lovers. Now, after every fight they go and congratulate each other and encourage each other. In March, Bryan posted a picture of Miesha after she became champion. Of course, he talked about how proud he was.  Weirdly enough, “was,” may be the key word in that sentence.

If we get any clarification of their official status here, we’ll pass it along. 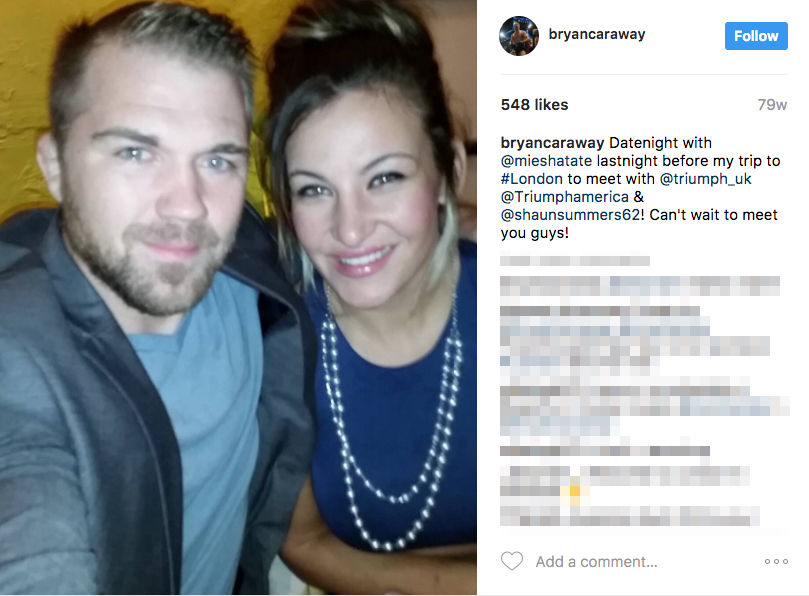