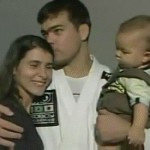 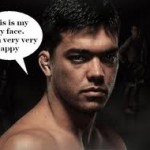 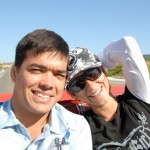 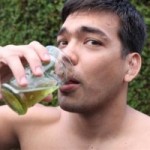 Ummmmm. OK. I am going to be flat out honest here. Every now and then I come across a wife of an MMA guy that I personally don’t find attractive but yet…. I still have to blog about them. So I’m stuck in a vice of do I:

A) talk about how ugly there are and fear for my life. I don’t like being negative even though it is only for the sake of comedy which kind of makes it ok.

B) Dont even bring up how hot/ugly the person is.

Here I am going to talk about how ugly this chick is. I am going to do this because there is no way she speaks English or will ever see this stupid webpage anyway. With that said…. this is the ugliest POS I have ever seen. Lyoto…. really? You went out and picked Fabyola? The bums lost sir! Did I mention he drinks his own pee. No lie. Google it.

Lyoto and Fabyola Machida have been married for a long time. Together they have a daughter. Lyoto’s next fight is for the title against Jon Jones at UFC 140 on December 10, 2011. Lyoto has held the belt one time before but lost it to Shogun Rua. This fight will be epic. If Jones can get past Lyoto there is no telling for how long he will hold the belt. Lyoto is considered stiff competition for Jones. I’ll be buying this PPV. Check out the gif of Machida knocking Couture out via front kick. The second one ever in the UFC. Epic! 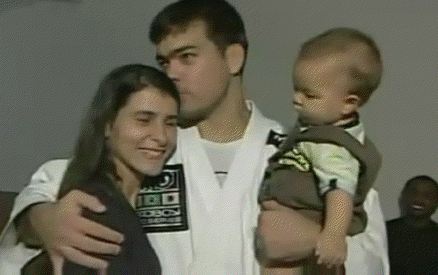