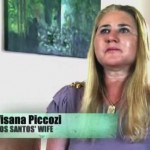 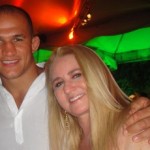 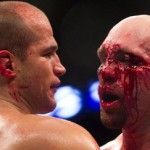 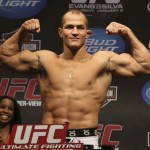 01-19-2013: Prior to his fight against Cain Velasquez at UFC 155, there was some talking of Junior Dos Santos having some “personal problems”. After getting demolished by Velasquez, it seemed that these problems may have affected Dos Santos a bit more than he may have admitted. As it turns out, those personal problems were actually a divorce from his wife, Vilsana Picozzi.


09-07-2011: Junior Dos Santos will be facing Cain Velasquez for the Heavyweight Title on the UFC’s debut on Fox. This is all going down on November 12th of 2011 so set your DVRs.

Let’s just say that Junior Dos Santos’ wife Visana Piccozi isn’t what you might expect from our website and from an athlete’s wife in general. We’ll leave it there. Well actually, we don’t really have a choice but to leave it there, since essentially nothing is known about Visana Piccozi other than the fact that she is married to Junior Dos Santos.

Junior Dos Santos was born on September 12, 1984. He has been in the top 5 ranked heavyweights for some time and he is challenging Cain for the belt on November 19th at UFC 139 in San Jose California. This is going to be insane. I mean Dos Santos is a maniac on his feet but so is Cain. Cain will def have the advantage in the wrestling department so look for Cain to try and win a UD while Dos Santos will be swinging for the fences. Take a look at that pic when Dos Santos DESTROYED Shane Carwin. It got ugly. 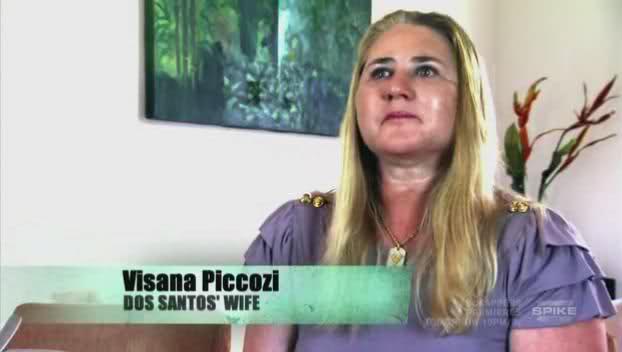