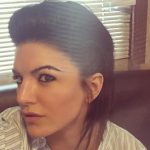 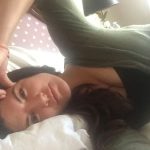 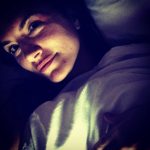 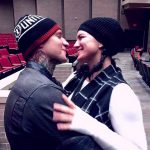 Gina Carano’s boyfriend Kevin Ross is a cool Muay Thai kickboxer. TMZ first reported Gina’s unveiling with her by way of an Instagram of them kissing. So if they break up she’ll have to go back and delete that picture– always fun to go on a photo deletion hunt! That moment seems nowhere close where they stand now. They’re getting along famously so far. It always makes sense to date someone who does the same thing as you, and for athletes it’s an especially good choice since they’re busy and can relate to each other’s activities and commitments.

Kevin goes by “soul assassin” as his nickname. I’m not sure if he made that up himself but it sounds pretty cool. Gina Carano’s boyfriend sells his own merchandise through his social media and appears on occasional podcasts about Muay Thai and seminars too. Of course, as it relates to fame, there’s no contest between Kevin and Gina now. Gina’s recent role in “Deadpool” means she’s a household name. I haven’t seen the movie since I’m sort of burnt out on the genre in general, but the casting seems to make sense.

Kevin is already calling Gina his “soulmate.” He’s an enthusiastic fellow. The couple has been dating for six months, and the interesting detail about the relationship is that they had actually dated for four years and broken up before that. Gina Carano’s boyfriend Kevin Ross had been broken up with her for a total of ten years following that breakup. That means the grand total of time they’ve known each other is fourteen years! Having made the decision to start dating again, they must believe strongly in their chemistry and connection. It sort of begs the question why they broke up in the first place. It could be there was never any real problem between them but something that made the relationship difficult to maintain. Now that they both have good careers going, they’re primed to make another run. 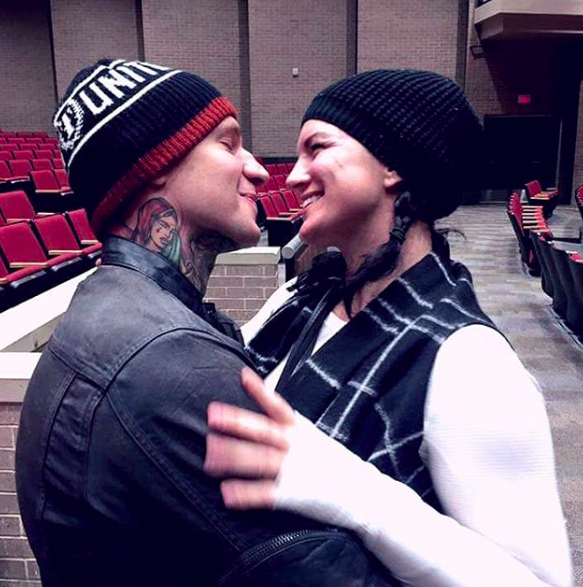