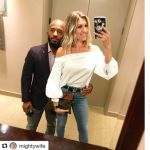 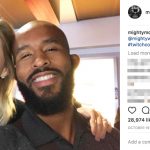 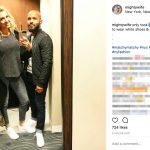 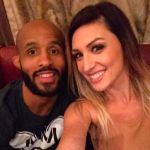 Demetrious Johnson’s wife Destiny Johnson married him in May of 2012. She gave birth to two boys in the time between their marriage. Right before Halloween, Demetrious came home early to trick and treat with the fam! Destiny, of course, was very happy he did so. Their costumes were very weak, in my opinion, but at least Demetrious used a prop. Everyone else put in minimal effort. One of the kids didn’t even bother to dress up! Get a costume on that kid!

The family traveled to DisneyLand in Anaheim in 2016. Demetrious Johnson’s wife Destiny enjoyed the trip a lot and wanted to go back. Demetrious streams online video games on Twitch, and Destiny said she has trouble registering it as work in her mind. I didn’t know Demetrious does video game streaming, but it sounds pretty silly to me. Destiny herself maintains her body steadily, and she sets goals for herself. She often posts pictures of her abs while she tries to tone them over time. At least, that’s what I think those pictures are about when she says “slow and steady” and poses in a bikini? That’s got to be a diet thing, right?

Destiny posted a funny picture of Demetrious helping their son go to the bathroom in the woods. She said, “proud of you, son.” It was perhaps a bit of an overshare but still funny stuff. Demetrious Johnson’s wife seems to have a good sense of humor. In May of 2016, the couple traveled to Cabo San Lucas for a little rest and relaxation. I don’t think the kids were on that trip. Cabo San Lucas is no place for children! Above all, though, Destiny loves her family and seems to really revel in spending time with them. She appears to be a great mom who cares deeply for her family. Demetrious definitely appreciates her too. 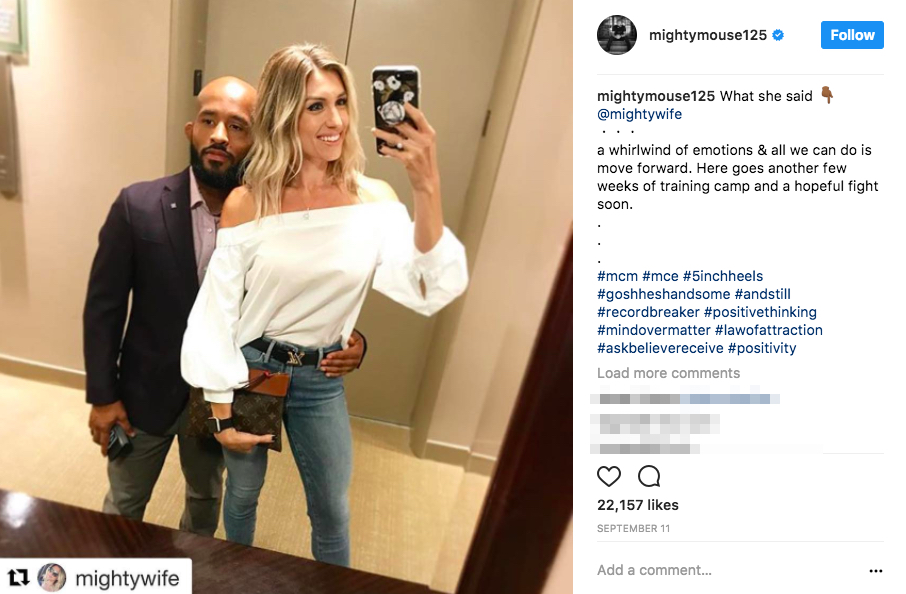