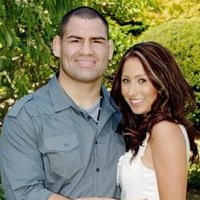 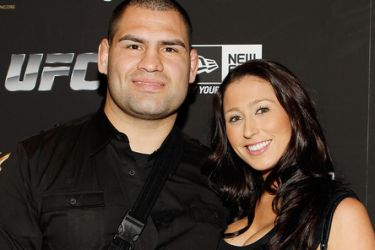 UPDATE: 09-07-2011: Cain Velasquez will be defending his belt for the first time against Junior Dos Santos on the UFC’s debut on Fox. This fight won’t go the distance and will hit record numbers being on a major network. Set those DVRs because its going to be filled with fireworks.

Michelle Borquez is the girlfriend of UFC Heavyweight Champ Cain Velasquez. Because Cain is so new to the UFC its hard to dig up any info on Michelle. All we have is the fact that they are engaged and you only can spot her once in a while. I mean wouldn’t you ask Michelle to to marry you if you knew her? She looks hot… Tastes hot… She must be hot. I cant wait to find out she is like some psycho woman or something. Either way I’ll let you know if I hear anything. As for now… proceed with caution and don’t make any sudden movements around her. She doesn’t like to be backed up into a corner.

Velasquez and his then-girlfriend Michelle welcomed a daughter to the world on May 6, 2009 and soon after, the couple got engaged in Australia after UFC 110. Cain’s next fight is to be the winner of the Shane Carwin vs Junior Dos Santos fight. Carwin vs Dos Santos will be amazing to watch. If not… I will shave my head and post pics right here, on PlayerWives.com.