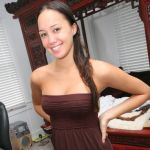 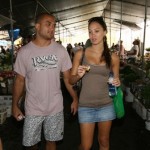 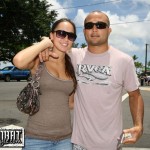 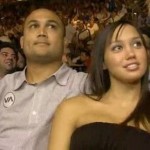 UPDATE: 10/30/2011: Well that’s it, folks. After Saturday night’s loss to Nick Diaz, BJ Penn had a quick retirement announcement in his post fight interview with Joe Rogan:
“I’ve got a daughter. I’ve got another on the way. I don’t want to go home looking like this again. I’m done.”
Congratulations to Penn for his career, his girl, and his two kids.

Shealen Uaiwa is BJ Penn’s girlfriend and has been for some time now. It’s hard to dig up any info on her. The only thing you will find are a few scattered pics and some basic info. However after seeing her in the pics I knew I had to post something about her. After all she has the Hawaiian hotness. Sweet body, cute face, and people say she is really down to earth. Some people thought that model Tori Paver was BJs girlfriend due to a reporter screw up. It started when a reporter asked Tori who her favorite MMA fighter was and she told him BJ was. From there the reporter took it as they were together somehow. Don’t ask me why…
Shealen Uaiwa and BJ have a daughter together named Aeva Lili’u which is a Hawaiian name Queen Lili’uokalani got from her brother; she was the last reigning queen in Hawaii. Aeva was born in 2008 and its clear that Shealen lost all the weight from the pregnancy. That’s a good thing. Shealen has said before that she would rather stay home when her husband is fighting in the UFC. Occasionally you can spot her at an event with BJ if he is there to just make an appearance. BJ was originally slated to fight Jon Fitch until Fitch got injured in training. Now the rumor is BJ will be fighting Carlos Condit at UFC 132. This will be a much better fight in my opinion. 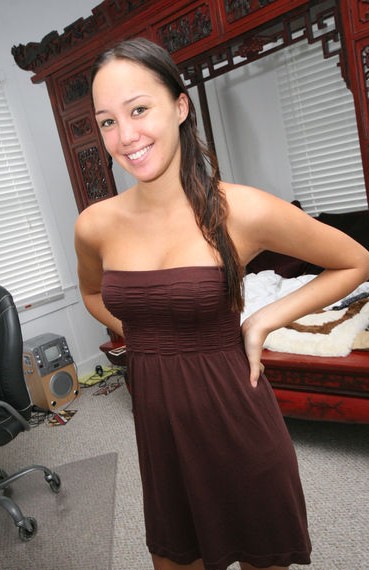