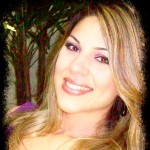 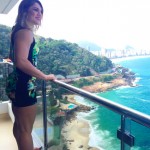 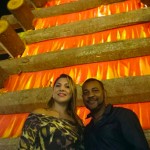 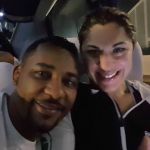 Bethe Correia’s boyfriend Edelson Silva is also an MMA trainer and a former boxer. According to reports online, Edelson was recently involved in a fight in Rio De Janeiro involving a taxi driver. I guess they called for a taxi, and when he came Bethe and Edelson decided they weren’t going to go anywhere and instead were going to go to a restaurant across the street. The taxi driver told them they’d wasted his time, and they agreed. So the guy told him he wanted a couple bucks for compensation, and Edelson allegedly gave him more than he asked for. Then the guy told them he wanted more, and they started to bicker, and eventually they got into an altercation. Bethe sat back and watched rather than use her training to knock him out. Besides, Edelson can take care of himself, right?

If you’re into MMA, you probably already know about Correia’s fight with Ronda Rousey. Bethe Correia’s boyfriend Edelson Silva was likely handing her ice-packs when they got home afterwards. Bethe got knocked out in 34 seconds and took a nose-dive straight into the canvas. Before the fight, Bethe was taunting Ronda and saying “don’t cry” to her, but after Ronda knocked out Bethe, Ronda told Bethe “don’t cry.” She then told the commentators afterwards the matter was settled and that she’d move forward from there. Bethe seems to be a good sport afterwards, at least to her fans. She posted several pictures with phrases like “Ignore words of offense. Poison only hurts if you swallow it.” I guess she was just pointing out that a lot of people online are talking trash to her after she lost, but she’s not taking it seriously?

Bethe generally does quite a lot of self-promotion on her Instagram, posting pictures of herself training, hanging out with trainers, looking tough in front of the Brazilian flag, and giving stare-downs to the camera. Half of her pictures come with little phrases on them, but they’re written in Portuguese so I don’t know what they say. She talks a lot about being a warrior, so my best guess is they all say “heart of a warrior” or something hackneyed like that. Edelson himself usually posts pictures of Bethe training and hanging out with him as well, though he’s not as well known as Bethe. He said “even in defeat I’m in your corner, my great love.” Good to know he stands by his lady. 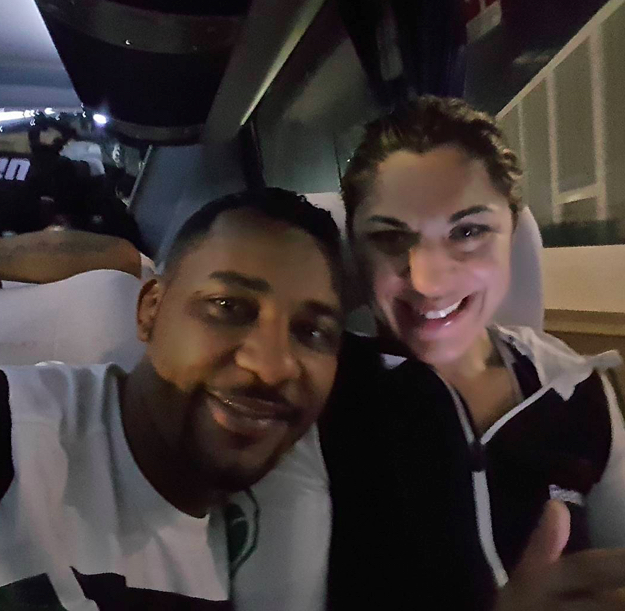