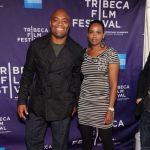 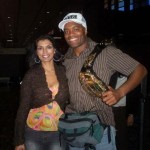 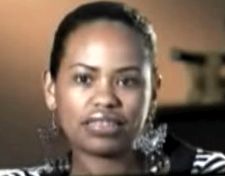 07-03-2012: There is some serious trash talk going out between Anderson Silva and Chael Sonnen leading up to UFC 148. Silva, who is normally pretty reserved in these circumstances has threatened to “break [Sonnen’s] teeth”. What could have prompted such a response from the normally quiet fighter? Sonnen insulted Anderson Silva’s wife by saying:

You tell Anderson Silva that I’m coming over and I’m kicking down his backdoor and patting his little lady on the ass and I’m telling her to make me a steak, medium-rare just how I like it


Hey everybody. Lets get one thing out in the open. Anderson Silva is a super Ninja who was made in a laboratory in the future sent back in time to take over the world. The guy could kill you with both hands tied behind his back. Just ask Belfort. So in no way, shape or form am I going to say anything bad about this man or his wife for that matter. He would most likely call me up and figure out how to kill me through the phone. Guy is so gangster. You need to buy this PPV on August 27th if you like MMA even a little.

Anderson Silva’s Wife Dayane Silva is a former gymnast. Anderson and Dayane are both from Brazil and have three sons and two daughters together. It’s very hard to get any info on Dayane anywhere other than a few pictures. Its clear that she doesn’t like being in the press or the public eye. And to be honest with you…. I cant recall her at any of Anderon’s fights at all. Like I’m pretty sure the only time I have seen her was when she did a brief segment during the UFC hype show for one of Anderson’s fights. That is where that first pic is from.

Anderson Silva just recently became sponsored by Nike and Burger King. The Burger King signing was funny since he has talked about how his favorite food is a Big Mac from McDonalds. Anderson has a fight coming up on August 27. 2011 at UFC 134 which will be held in Brazil. He rematches Yushin Okami (who is going to get killed) so that he can try to avenge his last lost which was in 2006. Okami won by DQ when Anderson accidentally kicked him in the face when he was “down.” So it wasn’t really a win but that is what the UFC is using to hype the fight. 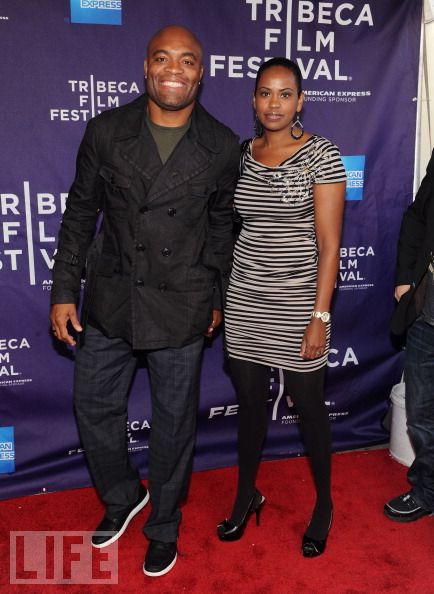