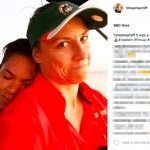 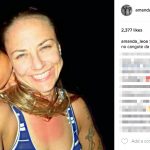 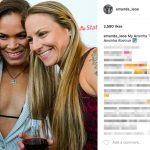 Amanda Nunes’ girlfriend Nina Ansaroff is herself a UFC fighter. She fights in the straw weight division, and she hails from South Florida. Nina is classified as a well-rounded powerful striker by the official UFC website. Her record thus far is 6-5. She apparently is not nearly as successful as Amanda yet. Of course, she fights in a different division and is only 5’5″ and weighs 115 pounds. In fact, she will fight on January 15, 2017 against a woman named Jocelyn Lybarger. Good luck in that, Nina!

So let’s talk a bit about the couple. Amanda Nunes’ girlfriend enjoys fishing with her. Amanda posted some shots of them on a lake, each with a nice catch. For Halloween, Amanda and Nina each dressed up as Shrek and the girl version of Shrek. The costumes are pretty darn elaborate and some of the best from a pro sports couple. It doesn’t take a genius to figure this is a great pairing because both Amanda and Nina do the same sport. When you get two people that both work in the same profession together, they inherently have an understanding and share something in common. Amanda can also offer all kinds of advice to Nina and vice versa.

Amanda is fairly intimidating even to men. She’s extremely strong and can knock people out. She dished out some hardcore punishment to Ronda Rousey in her win in December 2016. She could very well be the next great female UFC star. Amanda Nunes’ girlfriend Nina is very proud of her accomplishment. When they are not training, they go everywhere together. They even attend awards ceremonies and special events. Needless to say, both ladies attend each others’ fights. They like to go hike, and any outdoor activities where they get to exercise are also of interest. They also go to firing ranges, and Nina occasionally cooks for Amanda. 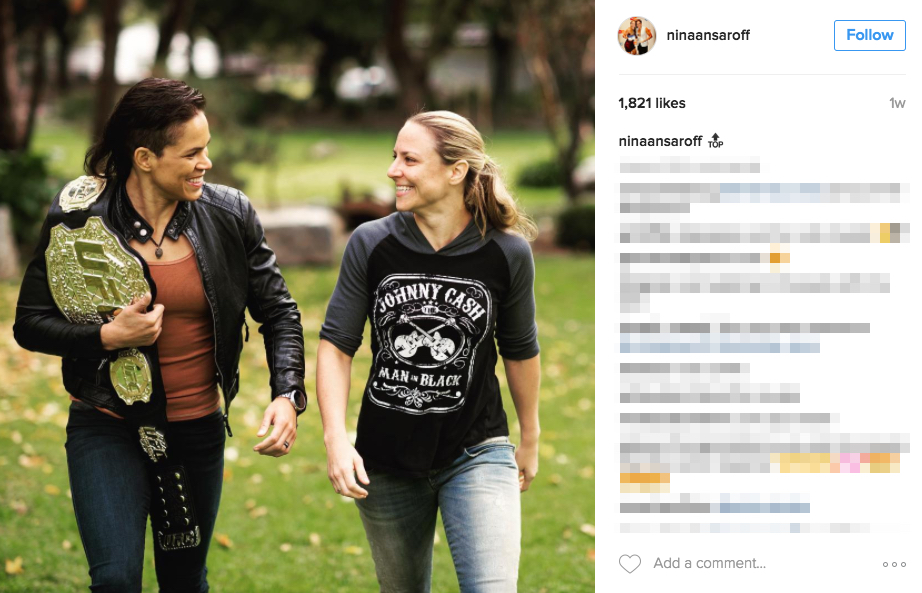