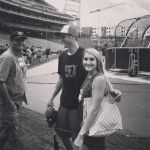 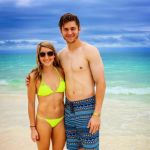 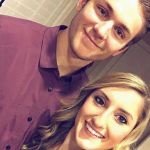 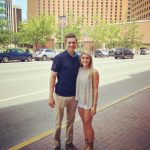 Trea Turner’s wife Kristen Harabedian is a straight-laced girl and former gymnast. They started dating in 2012, and they do everything together when Trea’s not on the field. Kristen is a huge fan of the ocean and beaches. When she’s not going to major league baseball games, she is going to yoga or the gym or the beach.   Up until about 2015, Kristen was still competing in gymnastics events. She graduated and that part of her life ended.

On November 10, 2018, Trea Turner’s girlfriend officially became Trea Turner’s wife.  The two married in a lavish event at the National Museum of Women in the Arts in Washington, DC.  Friends, family and teammates surrounded the couple, including a soon to be former teammate Bryce Harper.

Trea still looks like a little kid in uniform. He’s got one of those eternally boyish faces. Trea Turner’s wife also looks young. It works.  Because of her gymnastics background, Kristen is a big fan of yoga. She does it on the beach, she does it indoors, and she’ll do it on a rooftop if the conditions are right! Kristen graduated in 2014 from NC State. She called her time at the school the best four years of her life. She made a lot of other small gymnastic friends, and they still keep in touch. You have to remember that these two are still just kids so their bond with college people is very strong.

It was hectic for Trea and Kristen when he quickly shot through the minors, considering since Trea played on many different teams. Now, he’s settled in with Washington. Kristen has said that she’s in love with the city. I’ve always found it very bland, but I hope you good folks in D.C. don’t take that personally. You’ve got some excellent monuments and museums, no doubt! Kristen said that Trea is and always will be “the best thing that’s ever happened to her.” Young, romantic words from a young woman. It is likely they will marry in the next three years. If Trea continues to play well, his new contract negotiations will afford them a very comfortable lifestyle, and they will begin to plan for the big day. 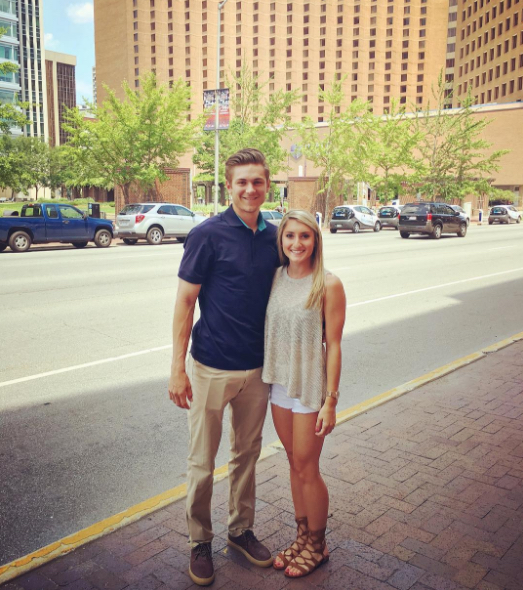