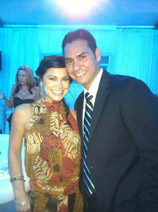 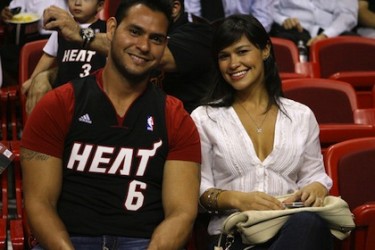 This came on the heels of a lost season with Anibal undergoing surgery to repair a torn labrum. Pitchers can deal with a lot of injuries but shoulders are the one injury no pitcher wants to have. So having lost his son, wife, and coming off shoulder surgery I think it is safe to say Anibal was not in a great place both personally and professionally.

But, things seemed to turn for the better when Anibal met Ana.

The couple married in 2011 while Anibal was still with the Marlins. The Sanchez family was already used to moving around a bit, and this was the beginning of an odyssey for them.  In July of ’12 he was traded to Detroit to help bolster a potential lethal playoff rotation. The playoffs are not the only thing Anibal had to look forward to in October. Anibal and Ana are expecting their first child at the start of October, naming the  little girl Anabella.

You hear that platitude a lot in sports, but when it comes to how the Nationals handled Anibal Sanchez, it proved true.

Between the constant moving, and tragedy Anibal has previously experienced in life, it was time for his family to settle down and grow roots.  Anabella has started first grade, and would have been impossible for her to follow him through the country and keep up with school work.   Washington manager Dave Martinez supported Anibal in a unique position that we’ve never seen in sports before.  The Washington Post explains

The kids and his wife, Ana, were with him all summer, living in Washington, traveling city to city, coming to as many games as they could. But because Anabella is in first grade now, and Sánchez doesn’t want her missing school, he is apart from his family in the spring and fall. They went back to Miami at the start of August, before he left for a 10-game road trip, and he felt the void when he returned. His apartment felt quiet and empty. So he FaceTimed them right away, smiling through his iPhone screen, and told Anabella and little Aníbal that he’d be home soon.

“I tell all my guys the same thing: Family first, baseball second,” Nationals Manager Dave Martinez said. “Aníbal came to me earlier this season saying he wanted to visit his kids and his wife on off days. I told him that was a great idea, and just be ready to pitch every fifth day.”

Some guys say it, and don’t mean it.  Some people mean it but don’t follow through.  The Nationals embody that family comes first.  An amazing consideration for a guy who’s been through a hell of a lot.  Family first