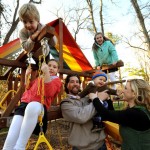 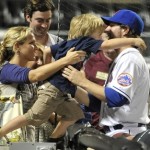 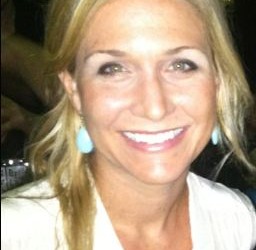 R.A. Dickey is not your prototypical All Star. First and foremost throwing a surprisingly fast knuckleball is not the most common pitcher on earth, but neither is having a dream season as one of the breakout stars in baseball at the age of 37. Dickey doesn’t get into the glamour of professional baseball, and is best known by Mets beat writers for always having a stack of books in his locker to satiate his voracious appetite for reading. While R.A. may be a different character, he’s very stable in his personal life off the field, being lucky enough to have one constant stabilizing factor in his crazy first half – meet R.A. Dickey’s wife Anne Dickey.

R.A. Dickey and wife Anne met when she was in 7th grade. She was the sister of R.A.’s friend, Bo, and comes from a beautiful pedigree as the daughter of a Miss America runner-up. In Dickey’s memoir, “Wherever I Wind Up,” he recalls the first time he met Anne,

“On the couch, curled up with her homework, is Bo’s younger sister Anne. She has thick, blonde hair, with curls and waves, something approaching a lion’s mane. She has a green sweater on over a white collared shirt. She has green eyes, and she is beautiful.”

Dickey’s memoir is not about his quick ascension to the Major Leagues (he toiled in the minors and brief stints in the bigs until almost 35 years old), or all positive recollections of the more important moments of his life. He also details being the victim of sexual abuse at the age of 8 years old to his older female babysitter, and later again that same year to a teenage male who overpowered him. He also discusses in depth the reasons why he’ll never touch a drop of alcohol, based on his grandfather’s problems with the bottle. To be clear despite some heavy tones at times, Dickey certainly does discuss the positive outcome of his years of hard work and details some of his fondest memories in the Mets rotation.

We’ll end on an awesome note. Dickey recently signed a $7.8MM contract with the Mets, which was certainly a blessing for a man coming from humble beginnings and years on the AAA charter. Instead of splurging on an extravagant car, gift or vacation, he and his wife walked into a dealership with their four kids on their mind. They walked out with a Toyota Sienna, which Dickey has now dubbed The Millennium Falcon. 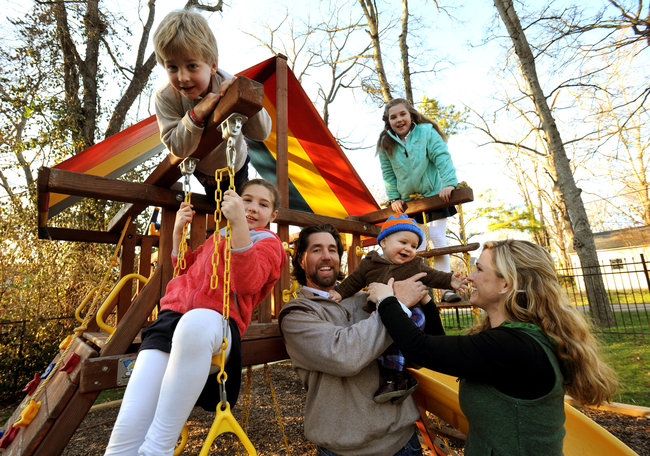