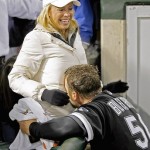 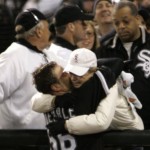 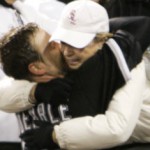 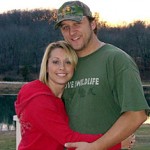 The Buehrle’s are dog people, evidenced by Buehrle donating the proceeds of his “Buerh-lot” wine sales to a local animal shelter.  Knowing that, it’s probably a pretty safe assumption that they wouldn’t love Mike Vick.

Well lucky for us, because we no longer need to assume, since Jamie Buehrle decided that her opinion is somehow relevant to this discussion.  Jamie stated that Vick shouldn’t be reinstated to the NFL(because, you know, Roger Goodell consults her opinion on disciplinary matters).  But it’s not for the reasons you may think.  No, Jamie says that he shouldn’t be reinstated until he pays back all of his creditors.  Her bulletproof logic is that the banishment should be handed down since, “those dogs have not seen the benefit of that money.”

So she’s obviously bullshitting us, which is fine here.  She hates Vick because he did some pretty heinous stuff to dogs, and she is 100% entitled to that opinion.  But what bugs me(and I won’t say us, because I think I’m on an island here), is that Mark Buehrle is an AVID hunter.  He is the type of hunter that annoys you with his “look how big my dick is” hunting stories where he’ll brag about his kills.  He recently bragged to a completely un-enthralled throng of Chicago reporters about taking down a black bear with a bow and arrow.

Now that’s where I draw the line.  I’m a black bear fan, and for him to kill those bears is just unacceptable.  I demand that he be suspended from baseball since “those bears have not seen the benefit” of Mark’s salary.  This is a travesty.

See how dumb that logic sounds now?  In the same interview, Jamie began with an eloquent, cogent, and rational argument as to why she disagreed with dog fighting on principle.  Fine, I’m with you.  It’s pretty gross. But she lost me when she decided to transparently attempt to use his bankruptcy issues as the reason why she thought Vick should remain banned from the league.  If you like dogs and hate Vick for what he did then say it and have the stones to stand behind it.  If you have nothing of value to add to the discussion then don’t spout off to test drive a ridiculously supported opinion.  This theory you’re putting out there does nothing to help further your case against animal cruelty.  All it does is further the case to prove you’re a moron. BOOM.  Roasted. 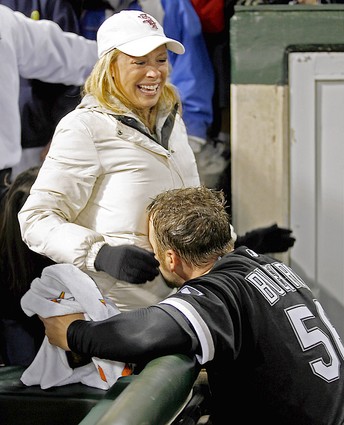