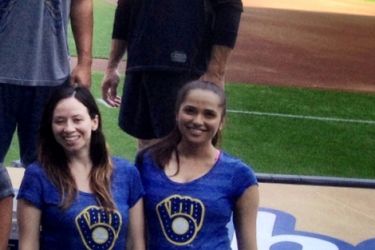 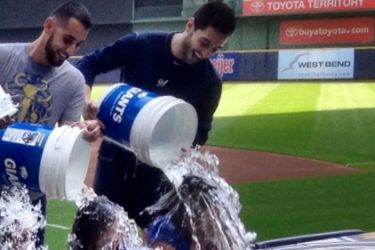 Marco Estrada’s wife Janai Estrada is a Mexican who met Marco in high school. When they were 23 years old, they decided to get married by eloping. They did, however, tell their parents. That was six years after they met. When Marco was playing in the Minor Leagues, Janai drove a long way to work in digital cinema. I don’t exactly know what that job entailed, but Marco thanked her for it. She paid the bills for the apartment they lived in at the time. In 2010, they married a second time. That ceremony featured all their friends and family. Still, it’s four years after the fact! I guess they never told anybody ever?

Janai is the mother of their two kids, Brooklyn and Blake. Brooklyn is my least favorite name for a child because it’s so ubiquitous among people of their age, but what’re you gonna’ do? Marco Estrada’s wife Janai used to play a lot of sports in high school too. Janai thought Marco would become a coach. Apparently Marco liked to help troubled youth because his uncle was a parole officer at a juvenile detention facility. The couple’s elopement occurred after he injured himself, and they enjoyed Las Vegas. According to an article from a Canadian baseball site, they saw each other once a month while she was working in California.

It took only two years for Marco to get drafted after he married Janai. Marco Estrada’s wife found the news thrilling. The wedding was always about money. They would have had the big wedding in 2006, but they couldn’t afford it. After Marco signed on with the Brewers, they threw the big wedding. I don’t know if Janai lives in Toronto with Marco, but I suspect they all do. After you have kids in the Major League, you generally all move together. 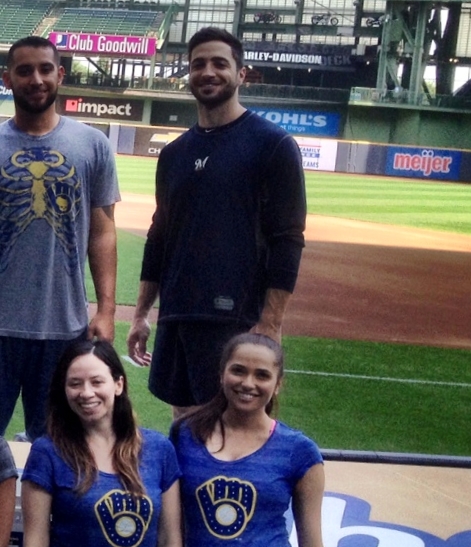