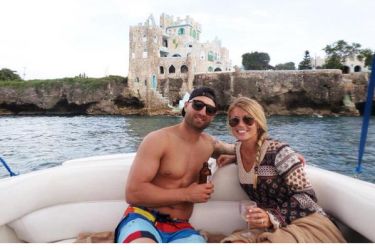 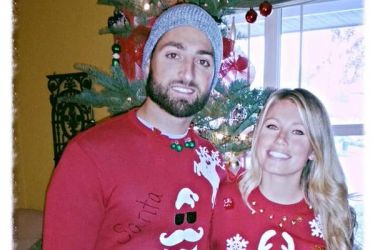 Kevin Pillar’s wife Amanda Pillar made sure to vote for Kevin for the ESPY Awards, and what good wife wouldn’t? Just once I want to see a player’s wife who has a twitter account but doesn’t pay the slightest attention or talk about her husband on it. Actually, Michael Conforto’s girlfriend Heather is someone I came across recently who barely talks about her boyfriend, but they’re not married and could break up any time so it’s not really the same thing as puttin’ a ring on it. A lady’s tweeting habits change after she’s got that ring, guys.

I was happy to see Kevin Pillar’s wife Amanda Pillar thought Fenway Park was “one of the most amazing place this life has taken me.” Having grown up close to Boston, I’ve been to Fenway many a time, so I know what she means, I guess. I wouldn’t call it one of the “most amazing” places I’ve been taken in life, but I guess I don’t get amazed as easily as her? There was a pretty funny picture I saw of Amanda and some of her friends at a podium inside The Pentagon pretending to field questions with a few of her friends. They’d just been taken on a tour of the place. That’s definitely the first time I’ve seen someone tweet about a Pentagon tour. Certainly there’s plenty of retweets going on from Amanda any time Kevin does one of his awesome flying catches in the outfield to rob some guy of a double or a home run. The man really is a great fielder. He’s pulled those catches off time and time again.

Amanda is also friends with a lot of the Blue Jays wives because they naturally gravitate to one another during the games and downtime. I’d be remiss if I didn’t mention that Amanda feels similar to how I felt about the last season of The Bachelor:

#TheBachelor is seriously so boring. He might be good looking but have a little personality please! #stillwatching #guilty

I know what you mean, Amanda. Watching television shows is not the only thing Amanda does with her time, though. She does manage to get out and travel a bunch to go see her husband’s games. She’s still only 25 years old, and before the couple has a baby they’re going to enjoy their traveling and adventuring time. 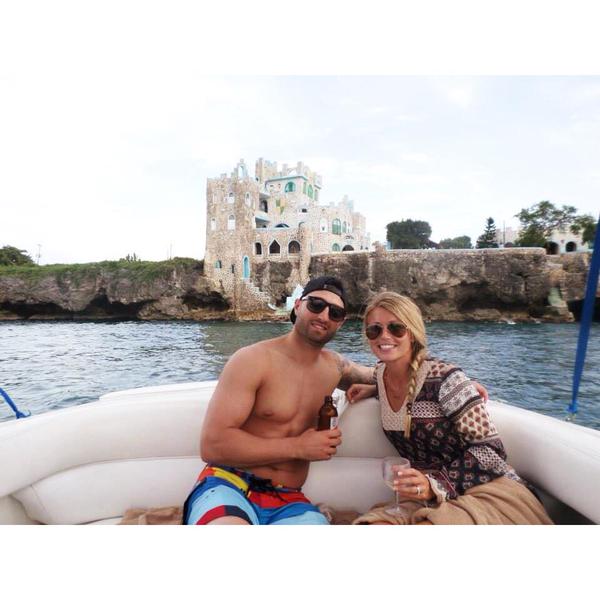