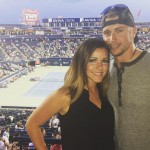 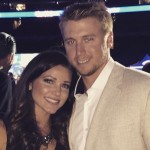 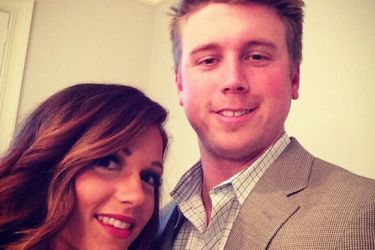 Justin Smoak’s wife Kristin Smoak was born in Charlotte, North Carolina and raised in Goose Creek, South Carolina. She went to the University of South Carolina, and she described that time as “the best four years of her life.” She was married to Justin on November 6, 2010, and she has said that she’s lived in more cities than she ever thought she could since the marriage. This is because of Justin getting traded a few times, I think.

Justin and Kristin knew each other for a long, long time. They’re both from the same town and met each other there. They’ve since had a child- a baby girl named Sutton. Justin Smoak’s wife takes a lot of pictures her on Instagram, and she’s really happy to be a mom. It seems like the girl is having a lot of fun and Kristin is doing a great job. Kristin’s a fan of the baby’s big cheeks, and she mentions them quite a lot. I should also bring up a rather odd incident that’s been talked about online that had to do with Kristin calling Verizon for customer service. She called the company to ask about why they’re being charged so much for data usage, and the lady told her “she should be happy Justin is on the phone and not misbehaving.” So Kristin flipped out and started complaining about it on Twitter. I find the whole thing amusing (probably since it didn’t involve me), but yeah– all provider companies are the worst.

ABSOLUTELY INAPPROPRIATE @Verizon. Im not worried about my husband having an affair-I want this issue fixed-thanks for the free advice tho

One of the only other things of note about Justin Smoak’s wife Kristin Smoat is that she once tried to start a blog back in June of 2012, and she wrote one entry total. She said she made the blog “because I am just too wordy for 140 characters on twitter and who wants to read an extremely long facebook status?” Well apparently she lost interest immediately because her first entry was her last. I wonder how common this is. My guess is that at least 40% of every new blog user doesn’t get beyond their first entry, and I’d bump that estimate up to 70% not getting beyond their 4th entry (we’ll be the first to admit that 90% of our readers wish we fell into that first category). It’s just not worth the time if you think no one will read what you’re writing. So based on her blogging habits, Justin Smoak’s wife Kristin Smoak is very normal. 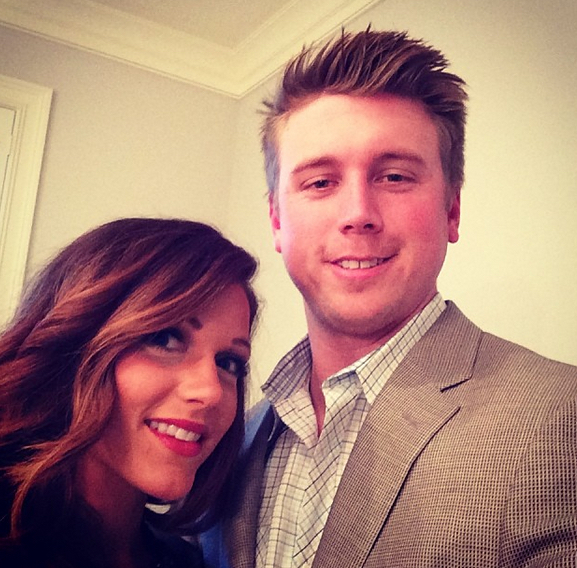