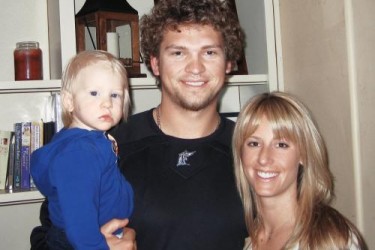 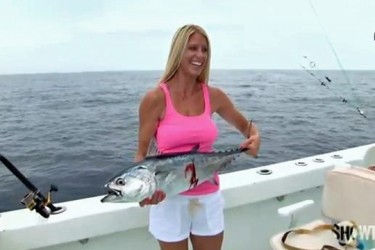 In what will sadly be known as the second greatest fire sale in team history (first being after the 1997 title), the Miami Marlins moved basically every big name except Giancarlo Stanton to Toronto for prospects. One of the players was Josh Johnson, who is coming off a somewhat disappointing season but none the less is a hard throwing 2 time All Star who lead the majors in ERA in 2010.

Although his stint in Toronto has gotten off to a rocky start, we’re confident that Josh Johnson’s wife Heidi Johnson believes he will turn it around (Blue Jay fans sure hope he does). Johnson has ties to Canada as his parents actually were both raised in Canada and Josh himself was born close by in Minneapolis.

Heidi Johnson on the other hand might not be as used to the cold weather having grown up in Covina, CA (nearby Anaheim). This however turned out well in 2010 when Josh appeared in the All Star Game in Anaheim as Heidi and her family were able to see him pitch in person.

Josh and Heidi first met while on separate but coinciding trips to Vegas. The couple must have really enjoyed their time there as they vacationed the same weekend in Vegas for several years after. They know how two sons, Cash (age 5) and Cruz (age 2). Finally, as we all know the 2012 Marlins season was a failure, but one redeeming aspect was the show The Franchise which aired on Showtime. Heidi shined in her big stage debut which included a fishing trip to catch (what else) marlins. 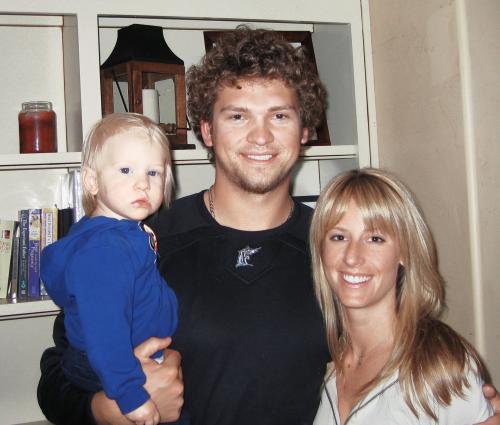