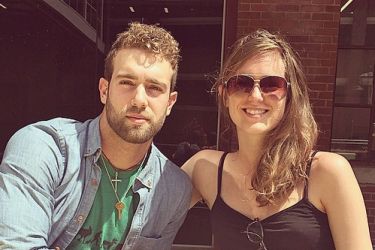 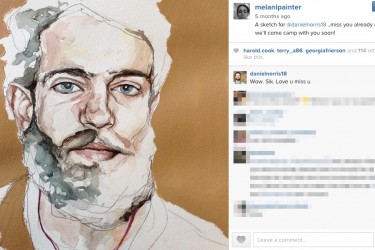 Anyways, I was checking out some of her work on her website, and she’s definitely a serious and ambitious painter. I like her work. Its pretty apparent that Daniel Norris is very proud of her too.

Daniel Norris’ sister Melanie ​Norris ​got married on September 06 of 2014​, so technically she’s now Melanie Norris Delaney​. She says of her new husband, “he is love.” Perfect hippie quote right there. That’s sort of the vibe I get from Daniel as well​– a well-intentioned hippie who likes to go on adventures in his free time​. They both grew up in Johnson City, Tennessee, and Melanie now calls Asheville, North Carolina home. Of all the places in the area to live, Asheville is one of the nicest. I’ve been to a number of towns in North Carolina, and I really dug it there. She says of her work: ‘I pare down environment and objects from my compositions, leaving a bare being. I use watercolor at times because it naturally reflects the understated transience of our bodies. By nature, it is fragile and easily lost. With that, however, comes great freedom.’​ Those are definitely the words of a young artist, but someone who’s really interested in digging in to their craft.

Daniel Norris’ sister Melanie Norris recently got to give something called a Tedx Talk, which I think is like the junior-league of actual Ted Talks, but I’m not sure that’s how it’s technically described. Anyway, Melanie’s certainly into talking about herself and her craft. I’m not sure I’d want to sit through a ten-minute speech from someone in her 20’s that didn’t yet have a huge career or history in art yet, but I guess there’s plenty of patient people in Asheville who want to listen to Melanie talk about painting and doing what you like. At one point she talks about an old guy named Bill who she “fell completely in love with” after spending three hours with him. She talks about how she “painted him obsessively” and wanted to paint him in every which way. Anyhow, I wonder what Bill thought of this woman. She’s certainly not your average ball player’s sister. 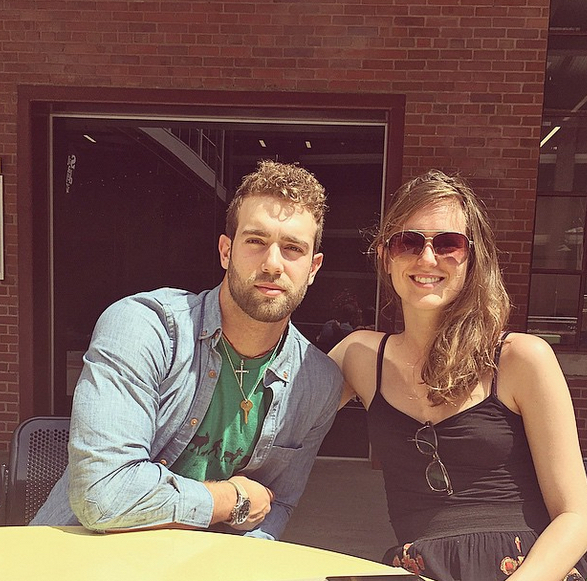