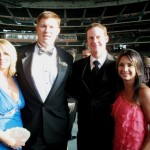 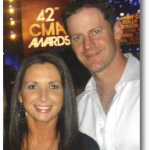 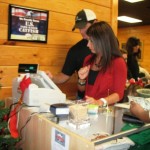 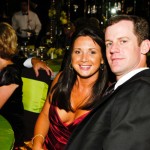 Roy and Nicole met in high school, though while attending different high schools. Apparently every student in at Roy’s high school had to put in time in the choir, and Roy met Nicole while attending a choir convention at Mississippi State.
The two have been married for several years, and have three daughters together. Their youngest daughter was apparently born during the 2010 NLCS, though Roy told no one of his wife’s impending labor. Roy told the Allentown Morning Call, “I didn’t tell anybody. You have two different lives: Here and home, and I try to keep home, home.”
Roy put in yeoman’s work in the NLCS while baby #3 showed up. Roy went 8 innings and giving up 1 ER in game 2, caught the loss while pitching in relief in game 4, and came back to start again in game 6, giving up only 1 earned over 6 IP. Roy took a no decision in game 6, which happened to be the game the Giants clinched their World Series berth. 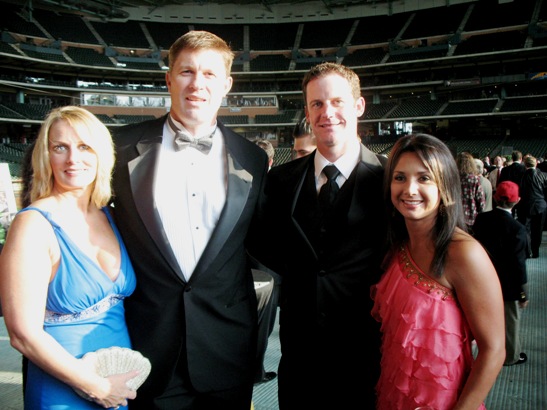