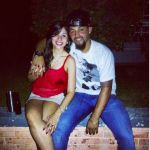 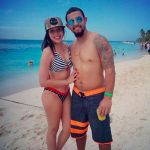 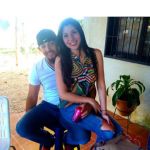 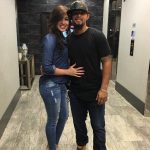 Rougned Odor’s girlfriend Liusca Criollo is a Venezuelan beauty whom he calls “skinny girl.” They travel to Venezuela often, and in addition they both have family there. This is fairly common for pro baseball players from Latin America. Rougnad’s father owns a horse farm, and he likes to show off the horses in his social media. While he goes shooting, she probably stays home. I would say Rougned appears to have an unhealthy obsession with firearms. About a quarter of his pictures feature him posing with various guns.

Rougned has a daughter who frequently appears on his Instagram. It’s unclear whether she is also Liusca’s daughter. Rougned Odor’s girlfriend poses with his daughter and they seem to be close. He calls them his “two princesses.” Liusca and Rougned go to the beach often and pose together with drinks when they go out to restaurants. Since they live in Texas and spend time in Florida, they can wear bathing suits for much of the time. Pictures of Liusca stop about around January of 2016. That means he wasn’t sharing any before that time, and they probably started dating in 2015.

Therefore I conclude that this is a new relationship. Another possible scenario is that they were in a relationship in Venezuela for a long time, and she only just now got to move to the States. Both situations are possible, and I’ve encountered them both with Venezuelan baseball players. Liusca goes to a lot of his baseball games with his daughter. They get hotels when they’re away from home because it’s easier for Liusca. Rougned Odor’s girlfriend seems to really be enjoying the lifestyle. I’m curious if she likes horses because Rougned is always the only one in the pictures with them at his dad’s ranch. Lisuca wears a diamond ring on her left ring finger. I wonder if he proposed? 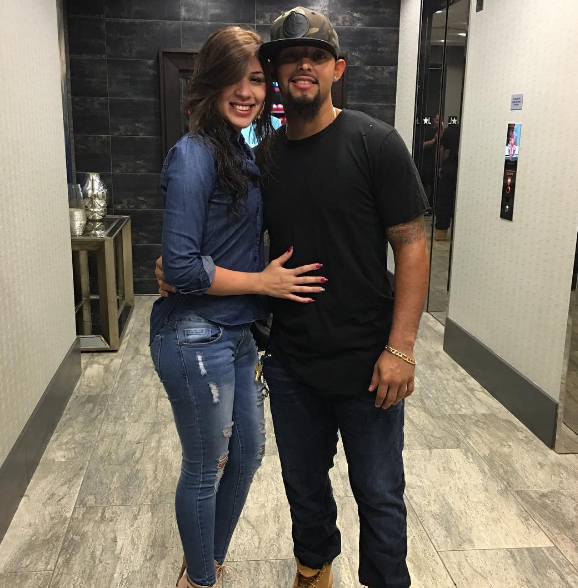