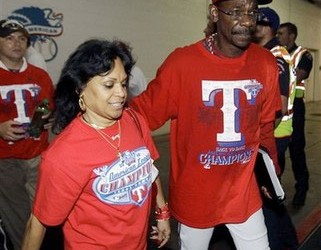 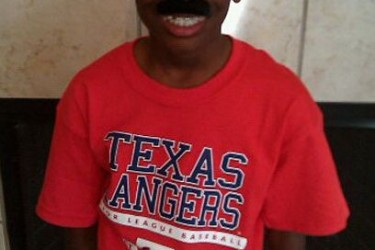 Manager of the Texas Rangers, Ron Washington’s wife Gerry Washington is perhaps best known for standing by her man when he tested positive for cocaine during the 2009 season. Gerry Washington appeared at her husband’s side at the press conference when he announced the positive test. Ron and Gerry have been married almost 40 years and she wasn’t about to let a little blow ruin all of that.

Gerry also made the news around game 4 of this year’s ALDS when Ron Washington, a huge sunflower seed chewer for years, switched to gum. News broke that Gerry didn’t like the way that Ron looked on camera when chewing seeds. According to Ron, she said “Everybody eats seeds, but nobody looks like you”. Harsh words. And a little controlling if you ask me.

Ron and Gerry’s home in Eastern New Orleans was almost completely destroyed by Hurricane Katrina in 2005 – literally reduced to studs. Many of Ron’s family members packed up and left – but not Ron and Gerry. They insisted on rebuilding and the process is almost finished, thanks in large part to donations from several of his players (at the time) like Miguel Tejada and Jason Giambi, who donated more than $60,000 to aide in the process.

Obviously that second photo isn’t of Gerry Washington. Fact is, I could only find one photo of her. In my searches however, this little dude kept popping up. Given that Halloween is only a week or so away this year, I felt it only fitting to highlight what might be the best costume that I’ve ever seen. Li’l Ron Washington makes me wish that I had a black son, because I would totally convince him to dress like this. Amazing. 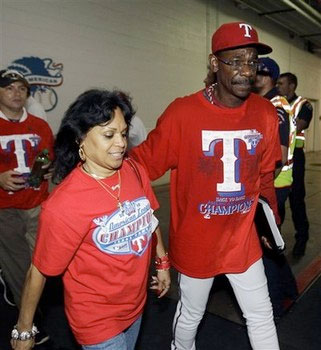