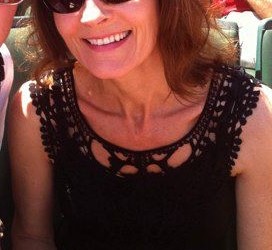 11-15-201: After being a big part of the World Series runner-up Texas Rangers, Mike Maddux is being offered some high-profile manager positions all around the league. Despite the attention, Maddux is being pretty selective and doesn’t seem all that interested. For instance, before even being interviewed, Maddux removed his name from consideration for the Boston Red Sox vacant manager position. You might think that he did this because the Red Sox are a mess – but you’d be wrong. He took his name out of the running based on what he calls a “family decision”. Mike Maddux’ wife Lise Maddux and their two daughters are, in his words, “together in the same state for the first time in three years and words cannot describe my happiness”. Mike feels that the distance between the Dallas-Ft. Worth area and Boston is just too much. Chicago, though, is apparently close enough – as he has interviewed with the Cubs and is considered a finalist at this point.

Lise Maddux grew up near Portland, Oregon, attending Laurelwood Academy and Portland State University. Mike Maddux was born in Ohio and attended college in Texas – no word on when and where the two met. Lise is the secretary for the Mike Maddux Foundation, based out of Las Vegas, NV. Maddux founded the Maddux Foundation in October 2000 to help under-privileged children receive dental and vision care. “The Maddux Foundation works to support the underserved youth of Southern Nevada,” Maddux said. “We recognize and are committed to Southern Nevada’s most valuable resource, our children.”