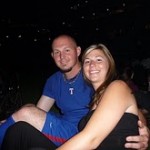 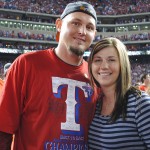 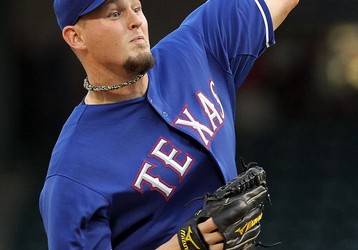 Matt Harrison’s wife Meghan Harrison has developed an online personality for herself, running her own blog, and as a regular contributor to Baseball Wife Blog discussing some of the inner details of being the wife of a professional baseball player. Amongst some of the topics she’s talked about are how frequently she travels with the team and how she feels when fans ask for autographs when they are together in public.
Meghan was also featured in an article on ESPNDallas.com discussing Matt Harrison’s vocal supporters. Meghan is notoriously loud when Matt’s on the hill, and can be frequently picked up louder than general crowd noise by TV and radio microphones. Says Matt, “As long as she’s not cussing out fans and getting in fights, I’m all right. At least she’s watching what’s going on and knows what’s happening. She’s not just sitting up there not paying attention.”

Matt and Meghan were married December 13, 2008 after dating for 6 years. They are currently expecting their first child. 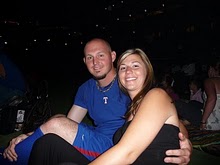