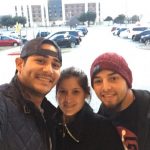 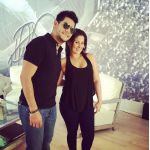 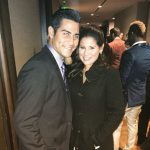 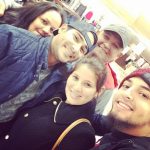 Martin Perez’s wife Viclena Perez is a native Venezuelan who hails from Guanare. Back in January, Martin and Viclena traveled to the small village of Las Matas to inaugurate a baseball park. Martin gave a bunch of money to help with the project, and in his speech explained how he grew up a few blocks from the site. While that happened, Viclena looked happy to be there in the photograph. She wore a Texas Rangers t-shirt and so did Martin. Viclena is also the mother of their child.

Viclena herself enjoys traveling around with Martin. They’re both very religious and attribute everything they have to their piety. Whenever she can, Martin Perez’s wife attends his games. The couple own a dog that Martin calls called “El Loco,” though I believe that’s just his nickname. He appears to be a pit mix, but I’m not sure. The first photo Martin put of Viclena was her in a very rugged-looking Jeep. They were driving around in some mud, and I’m guessing they were in Venezuela. They also know how to ride horses, from what I gather in another rugged photo.

Martin likes to take Viclena out for sushi. He posted pictures of some high-quality Japanese food they ate for dinner. Of course, Martin Perez’s wife Viclena never misses an opportunity to cook some choice Venezuelan meals. In between attending charity events and speaking engagements for kids, the couple indulge in a variety of Texas restaurants. Last year, they vacationed in Miami and stayed in a high-rise. It was a good opportunity to go on a boat and catch some ocean sunshine. Martin calls Viclena the “amor de mi vida,” which means “love of my life.” They’re pretty romantic people. I believe they recently bought another dog as well. She was bought about a year before Viclena gave birth to their new daughter. 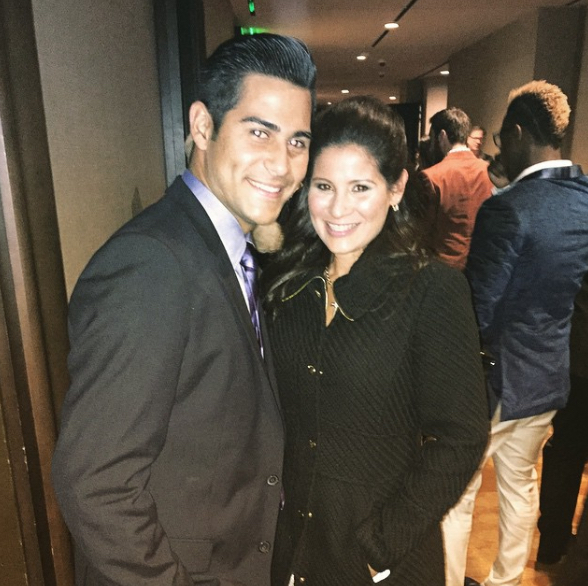