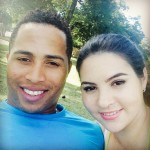 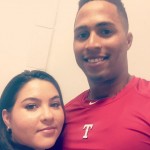 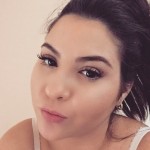 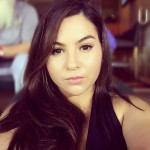 It looks like Leonys Martin’s wife Yaimira Martin just gave birth to their second child, which makes their daughter Kristen a big sister now. Yaimira herself pretty much uses her Instagram account exclusively to post pictures of her daughter Kristen, whom she is very proud of and sort of fixated on. She’ll occasionally throw in a video of herself working out doing lunges and squats and stuff. As for activities, it’s the usual going to her husband’s baseball games and sometimes attending them with her father-in-law.

I’m fairly certain that both Yaimira is Cuban like Leonys, and they now visit Cuba for vacation from what I can tell. They posted a picture of their daughter on a motorcycle in Cuba, and I’m assuming they’re free to travel there now that the embargo and all that jazz has been lifted? I’m not exactly sure how you get there though. It’s not like you can just get an airplane ticket yet. They also travel to Florida and hit up Disney World like every other married baseball couple with a kid, and this summer saw them taking a trip to New York City, presumably to watch a few games and for Yaimira to go shopping. Naturally, the most traveled destination for Yaimira and her daughter is the ballpark where the Rangers play, Globe Life Park. They’re in attendance quite a lot, and Yaimira even took a picture of herself at the Globe Life Park sign.

Before the season started this year, Leonys Martin’s wife and him took a little getaway vacation to Punta Cana, Dominican Republic, but I think they also took their daughter along because they were also on one of the Florida Keys with her, and there was a time a few years before that in which Yaimira and her daughter were photographed in Punta Cana on the beach. The Florida Keys seem like their most favorite vacation spot, and they’ve been there a number of times. It may be that they have a lot of relatives and family living in the Miami area (via Cuba) and that they tend to float down to the Keys to get some R&R. 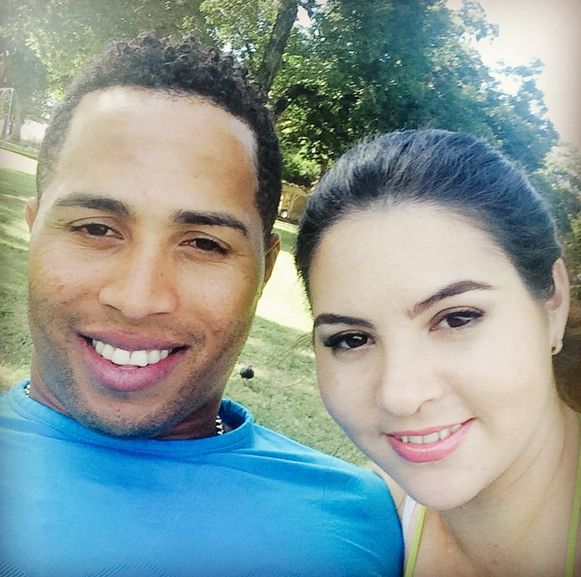