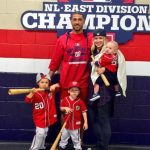 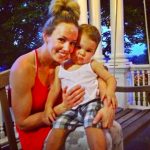 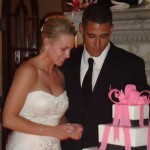 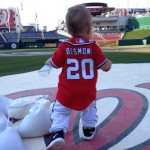 Ian Desmond’s wife Chelsey Desmond married him in 2010 and together have four kids and a fifth of the way.

Ian cited Chelsey being pregnant and his four young kids among the many reasons he’s elected to sit out for the 2020 season.  While ian addressed many items of concern that led to his decision, he also noted the increase risk factors with four young kids and a pregnant wife.  COVID-19 is a bitch, man.

Despite the young kids, it seemed that Chelsey never misses home games. While Ian is in the city, you can rest assured she will see him play. The Washington Post wrote a long piece about Chelsey and her kids. It explained how she keeps her up until late hours so they can see their dad. Five young kids though?  That ain’t gonna be easy come 2021.

Chelsey herself is a full-time mom. Like we mentioned, she met Ian way back in Sarasota, Florida in 5th grade! Now that they live together as man and wife and with four (and a half) kids, they try to provide structure for everyone.  Both of them believe it’s important they meet other kids who aren’t just baseball kids. Ian Desmond’s wife cares a lot about raising them right, and so does Ian. It’s a logistical problem sometimes to find normal kids for your children to hang out with, apparently.

In fact, Ian Desmond’s wife Chelsey started “dating” him in fifth grade. She became instantly drawn to him when she saw him at the age of ten. Chelsey played soccer and volleyball and softball in school. She even earned a scholarship to Lynn University in Florida. She didn’t attend the school because she missed her hometown too much. They only officially started dating in 2005 after Ian completed his first season of Major League Baseball. Chelsey made the statement in the article: “When you’re dating a baseball player, all anyone wants to tell you is, ‘He’s cheating on you.'” She then said he was the best boyfriend ever. I imagine that translates to him being the best husband ever too. 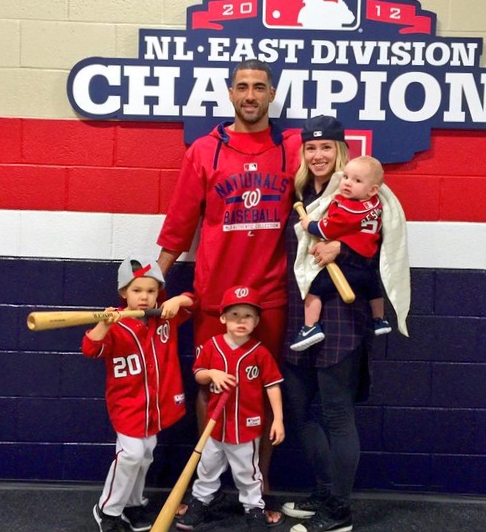